Ohio has the second highest number of lead pipes in the nation, and cities are grappling with how to manage projects that can cost from $1,200 to $12,000 per home.

Why care? Lead can cause many health issues, particularly in infants and young children, according to the U.S. Centers for Disease Control and Prevention.

Flush "the tap for at least 30 seconds if the tap has not been run for several hours, like overnight, whether or not you may have a lead service line between the main line and your home. This is because many homes also have copper pipes with lead solder behind the walls in the bathrooms and kitchens, so the issue goes way beyond what type of pipes are in the ground," said Laura Young Mohr, a spokeswoman for Columbus Public Utilities.

Others say to run water longer, such as one to two minutes, according to Penn State Extension. It's necessary if water has been standing still for one hour or more.

If you're worried about wasting water, you can flush the plumbing system once in the morning and then store water in bottles to use later.

2. Check the map. See if there's a public lead service line running to your home.

Check the service line coming into your home. This is often found in the basement. You'll want to find an area on the pipe where it come and the inlet valve. If the pipe is covered or wrapped, expose a small area of metal. First scratch the surface of the pipe. You can use a flathead screwdriver or another tool to do that. If the pipe color becomes shiny and silver, the service line is lead.

You also can check by sticking a magnet to the pipe. A magnet will not stick to lead or copper pipes, but it will stick to galvanized steel.

If you tap a lead pipe with a penny, it will produce a dull noise. Copper and galvanized steel pipes produce a metallic ringing sound. There's step-by-step guide that can be downloaded on the city of Columbus' website.

If you can't access the pipe that runs to your home plumbing, there are other options. Request a copy of the building permit for your home to learn the name of the builder. Contractors often have a record of the plumbing materials used. Columbus residents can call 614-645-7314 to learn more. 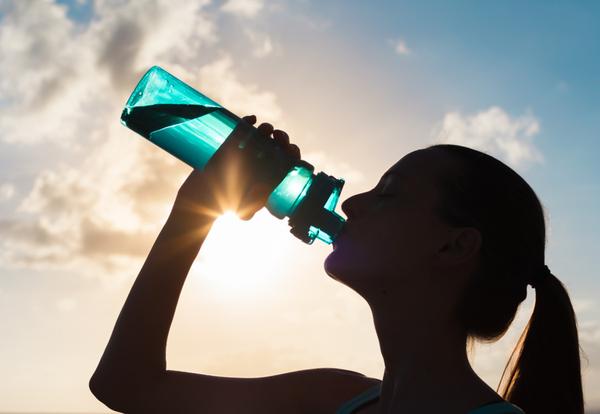 4. If you have lead pipes and you're concerned about exposure, you can pay to get your water tested.

It's impossible to see, taste, or smell lead dissolved in drinking water. Testing is the onlyway to tell whether there are harmful levels of lead. Testing costs often range between $20 and $100, according to EPA.

If you choose to hire a lab to test your water, make sure they are certified. Ohio EPA certifies laboratories, which ensures the labs "are able to perform accurate testing using specific methods which have been approved by U.S. EPA," according to the website.

5. Consider buying a water filtration system or filter pitcher for your home.

Research which filters are certified by NSF International to remove lead.

"If the utility can't tell you, the only thing you can do, frankly, is filter your water with a NSF international certified filter for lead removal," said Erik D. Olson, a senior strategic director at the Natural Resources Defense Council. "You can flush your water for a few minutes before you use it, which can reduce the lead levels. But you have to push it long enough to come all the way through the entire width service line in your own house to empty out those service lines. And even then it's not foolproof. A filter is probably a better option."

Make sure your filter is properly installed and that it's replaced as directed. An expired cartridge will not be as effective in removing lead, according to EPA.

Other possible water contaminants include PFAS chemicals, or "forever chemicals" known as perfluoroalkyl and polyfluoroalkyl, which are man-made and don't break down as the name implies. They were developed for use in household goods including nonstick cookware. Consider a reverse osmosis system installed under your sink.

If there's construction work that could disturb your lead service line, that means even more lead could be released from the line during work, according to EPA.

7. Clean your faucet screen at home.

Your faucet has a screen, also known as an aerator, which can collect sediment, debris, and lead particles. If lead particles get caught in the aerator, then lead can get into your water, according to EPA.

8. Use cold water for cooking and drinking

Boiling does not remove lead from your water. In fact, water that comes out of the tap warm or hot can have higher levels of lead. Always use cold water for cooking and drinking. When it comes to showering and bathing, experts say you should be OK. "Even if the water contains lead over EPA’s action level, human skin does not absorb lead in water," according to EPA. But your first source of information on your drinking water should always be your water systems' EPA Consumer Confidence Report.