The Department of Homeland Security’s (DHS) watchdog took the rare step of asking for immediate removal of detainees from a New Mexico facility, citing alarming conditions seen during an unannounced visit.

DHS’s Office of Inspector General on Friday directed U.S. Immigration and Customs Enforcement (ICE) to remove detainees from the Torrance County Detention Facility in Estancia, N.M., citing “safety risks and unsanitary living conditions” for the 176 people detained there at the time of the inspection.

“During our inspection, we found such egregious conditions in the facility that we are issuing this management alert to notify ICE. We have determined that ICE must take immediate steps to address the critical facility staffing shortages and unsanitary living conditions that have led to health and safety risks for detainees at Torrance,” the OIG wrote in its report.

The report says critical levels of understaffing at the facility represent a security risk, while the prevalence of mold and other plumbing issues present health risks.

“There’s no way detainees should be housed here,” an OIG official said during the visit.

Photos included in the report taken during the February visit show a nonfunctional moldy sink and a toilet clogged with human waste. The report recounts a number of other plumbing issues including a number of non-functioning toilets and sinks as well as a lack of hot water in some bathrooms.

In some cases the lack of functioning plumbing “resulted in detainees obtaining their drinking water from a communal area faucet intended for filling mop buckets.” 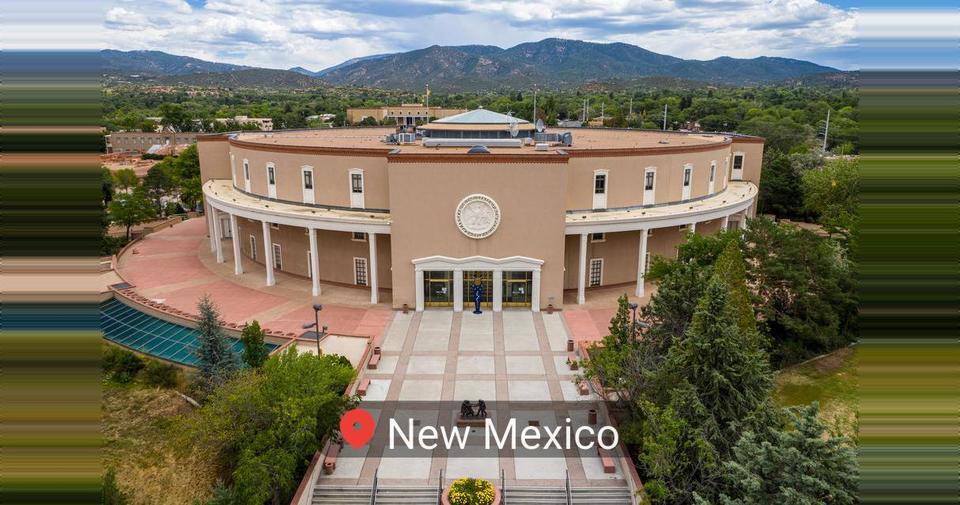 OIG found that work orders for such issues “went unresolved for 12 or more days.”

The Torrance facility is managed by CoreCivic, a private correctional company, which has had trouble recruiting staff to work at the facility.

At the time of the inspection, the facility was at 54 percent of required staffing, with the majority of staffing vacancies in the area of security, preventing the facility “from meeting contractual requirements that ensure detainees reside in a safe, secure, and humane environment.”

While required to have a minimum of 245 staff, Torrance had just 133 full-time employees.

“Torrance staff acknowledged the understaffing problem, and one staff member indicated that a reason for understaffing could be the facility’s remote location, which is approximately a 1-hour drive from Albuquerque, New Mexico. CoreCivic has explored using hiring incentives, such as subsidized housing for facility staff, but the facility remains critically understaffed,” OIG concluded.

ICE has not committed to removing detainees from the facility and instead largely pushed back on the report, including the inspector’s remark that detainees should not be housed there and claiming inspectors did not wait long enough for the hot water to arrive — both of which were refuted by OIG.

“During that walkthrough, OIG inspectors identified facility conditions that necessitated prompt facility action and provided, in real time, the information to the Torrance management staff who were accompanying the inspectors,” they wrote.

The report also points to ICE documentation of issues within the facility, digging up an agency contract discrepancy report from earlier this month.

“The Torrance County Detention Facility (TCDF) located in Estancia, NM has been repeatedly in violation of the 2011 Performance Based National Detention Standards (PBNDS) and the signed ICE/ERO IGSA contractual agreement. The critically short staffing plans are directly responsible for the breakdown in the overall operational capabilities of the TCDF,” ICE wrote in its own March 1 review.

“CoreCivic has not been able to demonstrate the ability to provide a safe environment for staff and noncitizens, provide the necessary security for proper facility security and control measures, and care necessary to ensure proper facility maintenance, overall cleanliness, and personal hygiene needs described in the PBNDS standards.”