A federal watchdog has taken the unprecedented step of urging the immediate removal of all immigrant detainees from a New Mexico facility after finding safety violations and critical staffing shortages.

The Department of Homeland Security Inspector General’s office issued an alert Friday calling for detainees to be relocated until conditions improve.

U.S. Immigration and Customs Enforcement disputed the investigators’ findings and declined to empty the Torrance County Detention Facility in Estancia, about an hour’s drive southeast of Albuquerque.

The Inspector General’s office is mandated by Congress to conduct unannounced visits of around 130 ICE facilities around the country. Investigators visited the Torrance facility, which housed 176 male ICE detainees at the time, from Feb. 1 to Feb. 3.

“We recommend that the Acting Director of ICE immediately relocate all detainees from Torrance County Detention Facility and place no detainees there unless and until the facility ensures adequate staffing and appropriate living conditions,” the report concludes.

Covering the issues, politics, culture and lifestyle of the Latino community in L.A., California and beyond.

Inspectors found “excessive and avoidable unsanitary conditions” at the facility managed by CoreCivic, one of the biggest for-profit prison companies.

Half of the detainee cells had broken sinks and toilets. Some “resulted in detainees obtaining their drinking water from a communal area faucet intended for filling mop buckets,” the report states. Photos taken by inspectors showed a moldy sink with still water and a toilet clogged with human waste in vacant cells.

According to the Inspector General’s report, the facility had just over half of the required full-time staff, with the vast majority of 112 vacancies being security positions.

One employee told investigators that part of what keeps staffing low is the facility’s remote location. 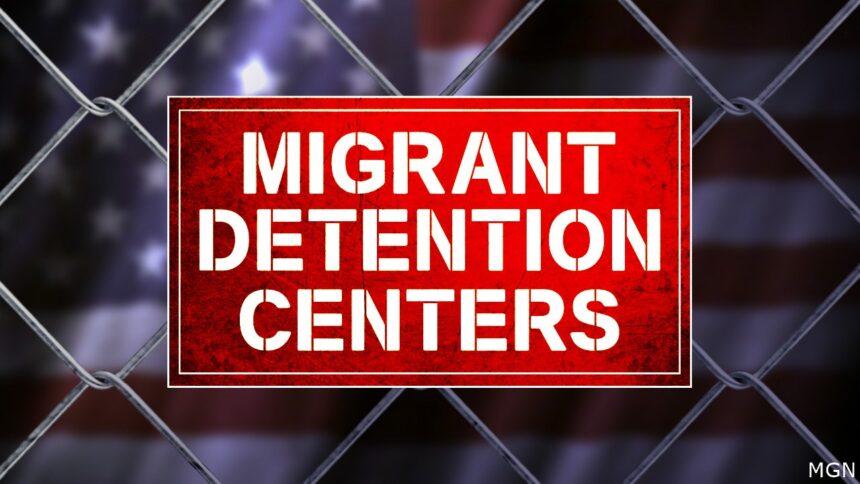 Investigators said the staffing issue has compounded security lapses throughout the facility. Control rooms provided poor sight lines and were understaffed. They observed unsupervised detainees dumping buckets of water from the second floor in an attempt to quickly clean the housing area.

ICE pays about $2 million per month to house detainees at the facility.

ICE chief of staff Jason Houser disagreed with the characterization that Torrance is critically understaffed and said that the watchdog “ignored facts presented to it in order to achieve preconceived conclusions.”

In a letter to Inspector General Joseph Cuffari, Houser acknowledged the contractual staffing shortage but said the level is appropriate for the current lower number of detainees. He said that since the visit, staffing was up to 83% of the required level, with additional hires pending clearance, and that the substandard conditions had been repaired.

“While ICE leadership continues to work on improving conditions at the TCDF in Estancia, New Mexico, we do not agree with OIG’s overall conclusion that it does not provide detainees a safe, secure and humane environment,” he wrote.

But in a March 1 contract discrepancy report, ICE said the facility had repeatedly violated detention standards. In response, the agency took 25% off its monthly bill and reduced facility capacity by nearly 30%.

“The critically short staffing plans are directly responsible for the breakdown in the overall operational capabilities,” the agency wrote. “CoreCivic has not been able to demonstrate the ability to provide a safe environment for staff and noncitizens, provide the necessary security for proper facility security and control measures, and care necessary to ensure proper facility maintenance, overall cleanliness and personal hygiene needs.”

On a call with reporters Thursday, DHS secretary Alejandro Mayorkas reiterated that last year, the agency had for the first time closed two facilities that failed to meet standard.

“We will not tolerate the mistreatment of individuals who are in detention, nor will we tolerate substandard conditions that do not adhere to our standards,” he said.

Congressional democrats called on ICE to end its contract and close the facility.

This @DHSOIG report shocks the conscience. It's completely unacceptable that @ICEgov allowed conditions in the Torrance County Detention Facility to deteriorate to this point. @ICEgov must immediately terminate the contract & close the facility.➡️ https://t.co/bI0P2c3krk pic.twitter.com/6LUCyWBuV9

The Inspector General said that it plans to release another report about the Torrance facility with findings about issues including deficiencies in staff-detainee communications, COVID-19 mitigation, medical care and access to legal services.