Q. My house was built in 1973, and my bathrooms have never been remodeled. Everything works just fine. True, I have to replace washers on the valves, but not very often, and it’s not a big deal. But maybe there have been some innovations in plumbing technology or something else in modern bathrooms that I’m unaware of that are worth considering for practical reasons — not purely from a modern style perspective. — Richard

A. Compression washer faucets have been around since the beginning of indoor plumbing. They are commonplace in older neighborhoods and homes. They are the simplest to operate are the least expensive, typically have two handles and tighten by compressing a rubber washer. Today they are mainly used in utility applications like washer connections or utility sinks. They are the most prone to leak and are the easiest to replace the washers. 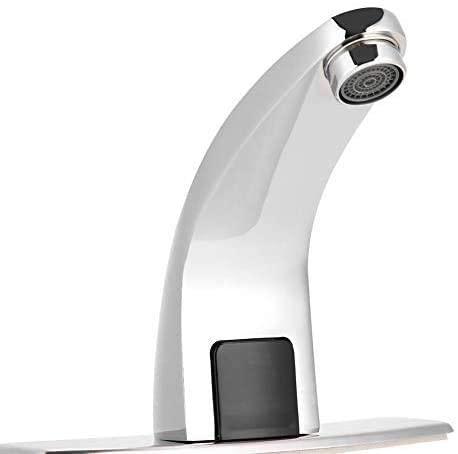 Ball valves are a commonly used single lever faucet that have been in use since the 60’s and rotate on a ball to let the water flow. They are repaired by replacing rubber washers. Cartridge style faucets can be either two or one handle and contain cartridges; they do not rely on compression to stop the flow of water. Repairing them requires replacing the cartridge and they are more modern in style.

Ceramic disk is a more modern style faucet. Ceramic disks rotate to openings that allow the water to flow; they are effortless and are typically used today. Often, they are single lever with a cylinder shape, allowing the hot and cold water to mix in the mixing cylinder before coming out the faucet.

Some of the latest technologies for faucets are touchless units with adjustable temperatures and sensitivity adjustments. Also, faucets that you simply touch to go on are often used in disability applications.

They are also making faucets that light up the water as it is coming out the faucet or tub/shower heads; the water changes from red to blue depending on actual water temperature.