The noun, “putz,” is “a stupid or worthless person.” I have been stupid. Proof? I used to look forward to winter. As for “worthless,” think “plumbing.”

But in the main, I am reasonably competent and productive.

However, the verb, e.g., “to putz around,” describes me to a Capital T!

The dictionary defines that verb, “to putz” as to “engage in inconsequential or not very productive activity.”

I putz nearly every time that I tackle an item on my wife’s “honey-do” list.

I do not shirk, at least not flagrantly. Items do vanish from that list because I did something. The kitchen faucet no longer leaks — because I called the plumber. Hey! Someone had to do that, right?

I was told that the house was dirty. How does a house located along a paved road get dirty? Isn’t that why God made rain, to wash away the dirt that really looks icky?

What remains is a patina, not a mess.

Nonetheless, I bought a power washer.

I could go outside and measure it precisely, but that would not be “putzing.”

Thinking about holding that tape measure, planning about how to hold one end down at the side of the house, debating about whether to estimate the length that is blocked by a rhododendron bush ... those are “putzing.”

Actually doing that measuring sometime this spring (or probably in summer) will change my description of what I do from “putzing” to “piddling.”

When I putz, whatever is being putzed about never really gets done. When I piddle, actual work gets done. Sides of houses are measured. Feet and inches are written down. Eventually, “perhaps 80 feet long” is transformed into “80 feet, 2 inches.”

Then I can explain to you why it is that, after I:

• hooked up the garden hose to the washer

• attached the proper spray nozzle to the power washer’s wand — after all this, I did not start to squirt either of the 80-foot-long sides of the house. 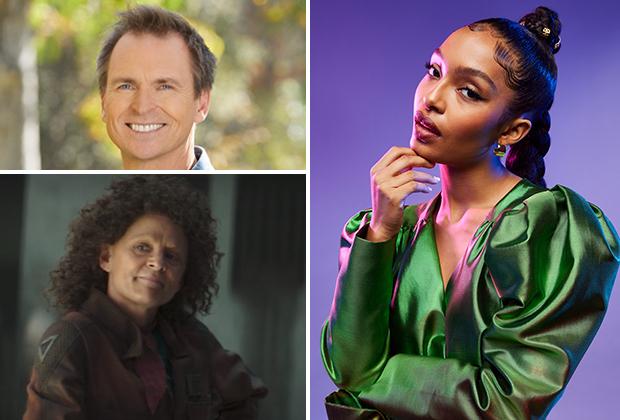 That would have been actual, bona fide work.

I piddled. Three years ago, I did wash one of the 20-feet-wide sides, taking three full days to scour the dirt from its siding and its wood trim.

Done as actual work, that job ought to have taken three hours, including putting away the hose, washer and ladder.

But I piddled. Just one side of the house did get done.

The next year, half of an 80-foot-long side of the house did get power washed — downstairs. That brought the bright white appearance to the front porch.

What about the second story, the section that frames two bedrooms?

Who looks that high up? Sparrows do, that is who. Why work to wash something that nobody notices?

In two years of piddling, I have managed to power wash and paint one small side of our house and power wash (but not paint) about one-third of a second, longish, side.

My sister-in-law was unimpressed.

She disliked the greenish patina that a thin coat of mildew brought to the unwashed section of the front of our house.

So, while we were away, she spent a morning washing, with brush, bucket and rags, what she could reach at stepladder height along the remaining frontage. She called it a gift to her sister. It was also a gift to me.

See? Piddling is productive! Without lifting a finger, I can now see two-thirds of that front section of our house is bright white.

I intend to use April to putz around about thinking how to set the extension ladder up against the remaining front side of the house, planning to uncoil the garden hose to reach that area and debating whether to trust my now long-suffering wife to hold the extension ladder steady.

Thinking, planning, debating, all without accomplishing anything of consequence — that is the very essence of putzing. I do quite well at it, don’t you think?

By September, if my piddling projections are accurate, the entire front section of our house ought to have been power washed.

What about the other longish side, the back of the house?

Who looks at the backs of houses, anyway?

My wife looks at the back of our house.

Note that down: “In 2024, putz about puttering around with power washing the back of our house.”

I am actually getting quite good at putzing and puttering.