Lexus isn't new to electrification, with hybrids making up about 40 per cent of its Australian business including 56 per cent of UX crossover sales, which now include the UX300e, the brand's first battery-electric vehicle (BEV). 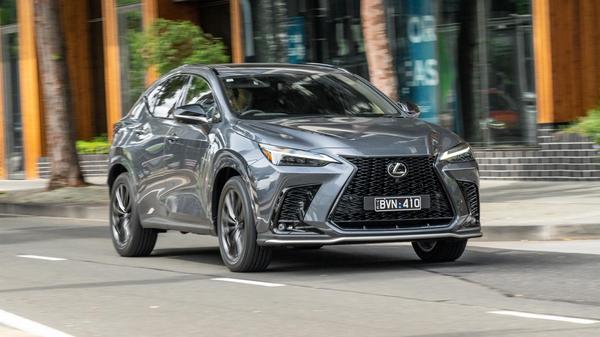 With plug-in hybrids seen by many as a stop-gap measure on the path towards full electrification, this is an interesting move by Lexus. However, it's not without merit.

The Lexus 450h+ is only available in the upper-spec F Sport to trim resulting in a relatively high starting price of $89,900 before on-road costs. That's some $20,000 more than the entry-level petrol NX250.

A better comparison is against the AWD F Sport variants, the NX350 and NX350h, which are both priced from $77,900 before on-road costs.

Looking outside the Lexus stable, the 450h+ bridges the price gap between mainstream PHEV SUVs and its closest premium rivals, such as the Mercedes-Benz GLC300e and Volvo XC60 Recharge, which are priced from $95,700 and $109,908 respectively.