Brits could face shortages in supermarkets with vegetables, fruit, cheese and wine among products not arriving after P&O suddenly cancelled services.

After the firm axed 800 of its staff fresh fears have emerged that thousands of sheep may also have to be slaughtered.

Chaos has hit ports including Hull and Dover after workers who found out they had been sacked on Thursday via a recorded video have begun protests.

And passengers left suddenly without transport have been trying to find out information.

P&O initially said that some services were being cancelled for “several days” but that then reportedly was extended to 10 days.

The supply chain in the UK, already hit by Brexit and Covid, now faces more mayhem with claims that fresh food will not be arriving at shops due to the cancelled ferries.

Experts have said that anything from Spanish cheese and wine to French croissants could be affected while farmers have said that livestock including thousands of sheep may have to be slaughtered.

Edward Adamson, a sheep farmer from County Antrim in Northern Ireland, said he may have to kill some sheep if the ferry crisis continues.

"There is no route to the UK mainland for us otherwise. We produce more animals than we need you see and we can't just keep them," he said, reported The Sun.

"We just hope it doesn't last long and will just have to hold on. We can last about three months but then we will have to trade within Northern Ireland and the rest will be slaughtered.

"[The ferry] is a lifeline between Northern Ireland and the mainland. When it comes to food it's much more important."

Director of Food and Sustainability at the British Retail Consortium Andrew Opie told the Daily Mail : "Retailers are working with other ferry companies to ensure disruption to P&O ferry services do not interfere with the movement of fresh food between GB, NI and EU.

"Nonetheless, a prolonged interruption to P&O services, who are an important part of UK supply chains, could eventually impact the flow of goods.

"We urge the ferry company and union to find a speedy resolution to the current issues." 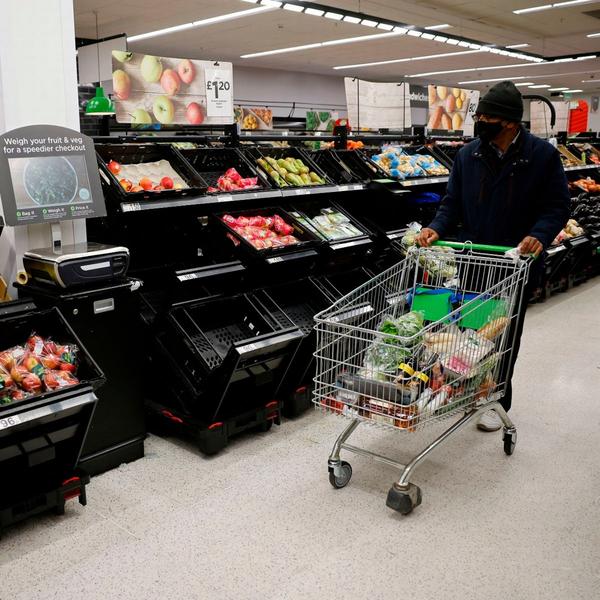 Protesters in London have called on the Government to nationalise P&O Ferries after the company sacked 800 people without notice.

The staff were fired on Thursday and attempts are being made to replace them with agency workers.

Demonstrations have been held at ports in Liverpool, Larne, Hull and Dover, as unions call for a boycott of the company.

At least 100 protesters also gathered outside the officers of P&O Ferries' owner DP World in Victoria, central London on Friday.

They also held up signs saying: "Save Our Seafarers" and "Stop the P&O jobs carve up".

After speaking to the crowd, Steve Hedley, RMT senior associate general secretary, said: "It was one of the most brutal and appalling sackings I've witnessed in over 30 years as a trade unionist.

"We are absolutely furious.

"If this can happen with P&O, every rotten boss and capitalist in the country are going to be queuing up to do the same thing - sack all their staff and bring in staff on half their wages."

Mr Hedley said workers were "in tears" on Thursday as "people who had worked there for 30 years were getting thrown off a ship at two hours notice".

"These are workers who worked all the way through the pandemic, who were told they were essential workers, heroes, all the rest of it, when it comes down to it, discarded like trash," he added.

P&O Ferries said in a statement: "We took this difficult decision as a last resort and only after full consideration of all other options but, ultimately, we concluded that the business wouldn't survive without fundamentally changed crewing arrangements, which in turn would inevitably result in redundancies."