A baffled driver was wrongly fined over mistakes made by a car parking firm - including being told he had parked his vehicle for up to six months.

Paul Hindson was surprised earlier this year when he was fined for leaving his vehicle overnight in a car park, which he had never done.

Paul often left his car in a car park behind a Tesco Express in Narborough, Leicestershire, but only during the day.

He was even more surprised when his appeal was flatly rejected, according to the Leicester Mercury .

But the company running the camera, Smart Parking, sent him a very revealing document as evidence.

The document Smart Parking sent to Paul, 62, showed that his car - rather than going into the car park and then leaving - was often going in numerous times without ever coming out.

Has this happened to you? Message mirror.money.saving@mirror.co.uk

In fact, during one period his car is seen going in 20 times without ever leaving. Then from October 20, 2020, he enters without leaving until April the following year.

On four further occasions he manages to be captured entering at least three times but never leaving.

The battle to get out of the fine went on most of the year and he even had to shell out £136 to stop a debt collection agency paying a visit - although the money has now been fully refunded.

Paul told the Leicester Mercury: "After you get fined the amount goes up and up as time passes, and I had to pay £136 because they were involving a debt recovery business.

"I obviously knew all along there was no way I'd left my car in the car park but this system was clearly unreliable. 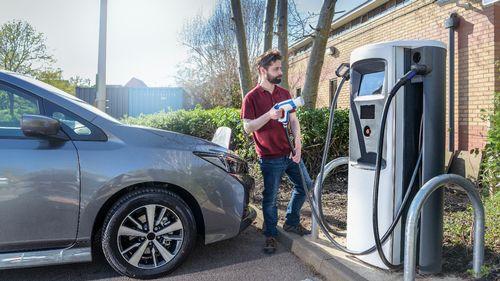 "Then they sent me the log with my car entering their car parks and clearly it was being seen going in and not seen going out so there are ins followed by ins and outs followed by outs. It's ridiculous.

"They have now agreed to pay the money back but I worry about how many other motorists have been fined because of this rubbish system."

A Smart Parking spokesman said Paul's fine had been cancelled "as a gesture of goodwill" and that the company no longer ran the car park in Narborough.

He said: "Although Smart Parking no longer operate this car park, when we did thousands of motorists used it every week and the vast majority of them had no issues using it.

"Smart Parking are proud members of the British Parking Association (BPA) and strictly follow its guidelines.

"As part of this we operate a BPA audited appeals service. In the case of Mr Hindson he did appeal and we investigated his case and ultimately cancelled his charge as a gesture of goodwill."

Last month The Mirror reported a family was hit by a £60 parking fine for driving around a busy car park - despite never parking.

Julie Sutcliffe, 51, had been on a family holiday to Cornwall in August.

On August 12 they visited Newquay, which was very busy at the time, and the family struggled to find a parking space.

They had visited three or four car parks, all full.

Getting desperate, they drove slowly around one car park for just more than 10 minutes hoping someone would leave so they could stop.

No-one did, so they left, before successfully finding a spot in another car park, but were fined anyway. They appealed, but Smart Parking deferred to BPA guidelines and refused a refund.