The mum-of-two, 24, shares two kids with the rapper - Stormi, four, and Wolf, who was born in February.

The couple have had an on/off romance since hooking up in 2018, but now fans reckon they're Mr and Mrs.

While posing with her green Hermes bag for St Patrick's Day, Kylie showed off two diamond rings on her wedding finger.

The one was encrusted with major bling while the other was a simpler gold band.

Captioning the post with a four leaf clover, the make-up mogul made no reference to Travis, 30, but that didn't stop fans going into a frenzy.

While a third posted: "Omg actually could be."

However another eagle-eyed fan dismissed the comments, saying Kylie had been wearing one of the rings for years.

They said: " "Kylie loves rings. She's worn that top one off and on for almost 10 years." 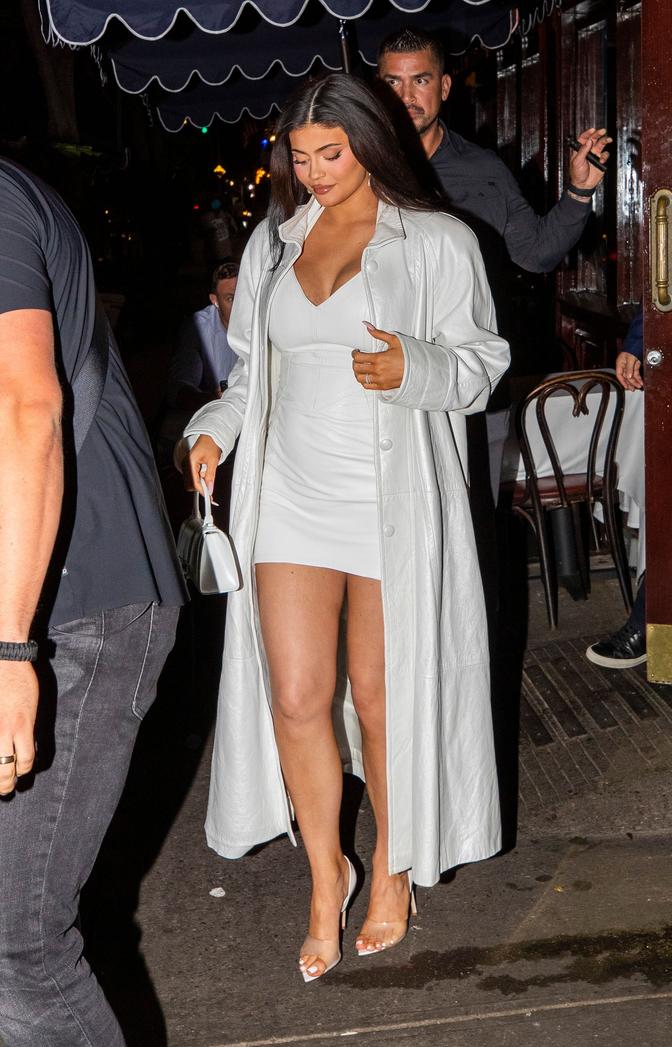 Despite sharing two kids, Travis is said to be living separately from Kylie.

A source told The Sun : "Travis insists he needs his own place - saying to Kylie has nothing to do with how he feels about her or the children, but that he can't be a music star and a dad together.

"Travis splits his time between being away doing shows, and when he's working in the studio he stays at his place then comes 'home' to Kylie and the kids for a few days."

The Astroworld star is said to be doing his thing in his his $23.5million mansion in Brentwood while Kylie stays in her $36million Holmby Hills pile.

The Mirror has contacted Kylie and Travis' reps for comment.

The new mum has been open about struggling to bounce back after the birth of her son.

Taking to Instagram, she said: "I just wanted to say to my postpartum mums that postpartum has not been easy.

"This experience personally has been a bit harder than with my daughter.

"It's not easy mentally, physically, spiritually. It's just crazy. I didn't want to get back to life without saying that because I think we can look on the internet, for other mums going through it right now, it might look a lot easier for other people and it puts pressure on us."

The star added: "It hasn't been easy for me. It's been hard and I just wanted to say that."