Letters: Before criticizing Russia, U.S. should look in its foreign policy mirror

Second, we should withdraw U.S. support for the occupation of the West Bank and Golan Heights by Israel, both seized during the Six-Day War. Israel has no more right to either territory than Russia has to the Crimean and eastern Ukraine.

Third, we should end our support for Saudi Arabia’s war of the Yemeni people. Innocent civilians should not be allowed to be targets of military assaults in any country on any continent.

Until and unless we and our government are willing to correct our own actions, our criticism against Russian atrocities will ring hollow.

Regarding “Paying more to fill up not that costly” (Letters to the Editor, March 11): Thank you Ernest Isaacs for your analysis on gas prices. I agree with you, and I am even willing to pay three times as much, if it works. But America doesn’t buy that much oil from Russia, and sanctions don’t work against dictators. We are using a capitalist mind-set to go against communist behavior.

We have sanctions against North Korea and Iran. We also have a trade war with China. How is that working for us?

We are dealing with a madman, fanatics. When they want to achieve their goals at all cost, it is hard for us Western, comfort-seeking world to comprehend.

People are willing to strap bombs on themselves and fly airplanes into buildings. People are scared into worshiping their dictator. How do we fight against that? 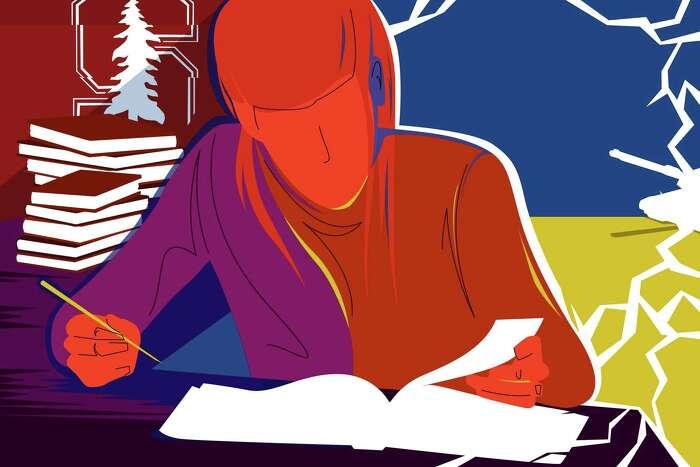 Regarding “It’s my time in the fight for Ukraine” (Insight, March 13): We are witness to the courage and nobility of the Ukrainian people. Catarina Buchatskiy’s personal story in the Sunday Chronicle is a reminder of the heart and soul of the Ukrainians and a reminder that faith, justice and courage will always prevail.

Regarding “Population is not the problem” (Insight, March 6): The column on the negative effects of the California Environmental Quality Act failed to note that the imposition of the law on private building permits was the result of the California Supreme Court’s 1973 Mammoth decision, which determined a permit was sufficient government action to require CEQA. Until then, no city or county understood CEQA to apply to private projects or the act of issuing a building permit.

CEQA was intended to expose public projects like the horrid Embarcadero Freeway, which had no environmental review, and to stop proposals such as the plan to link the Golden Gate Bridge to Interstate 280 down 19th Avenue.

The irony today is that the Legislature for the past 50 years has on occasion provided legislation to avoid CEQA for certain public projects, such as exempting the rampant redefining and limiting of urban roadway uses, but expanded or continued its burden on private projects. The costs created by CEQA might even be justified if it did not allow for delay and extortion.

How much can we grow?

Regarding “ ‘Dearth of housing’ remains, 50 years later, at UC Berkeley” (Front Page, March 14): This and similar articles, editorials and letters have common themes, like students saying it’s unfair that they can’t attend, or that the neighbors are the villains, or that the California Environmental Quality Act needs “updating.” But have we identified the number of students we can add? What is sustainable?

UC Berkeley students are the unfortunate victims of our lack of regional planning and inability to match population growth with finite resources like water. Climate change is the culprit, and we need to recognize that drought is a key factor when planning housing and growth in the state.

Four years ago, we overwhelmingly passed a ballot initiative in California instructing our politicians to get rid of daylight-saving time.

Every spring forward has been documented to lead to increased car accidents and heart attacks, with no discernible benefits to anyone. Not to mention it makes me tired and sad.

Why can’t our elected officials get this done? Now please.