A Mad Max superfan has been slapped with a defect notice and fined while driving his replica Pursuit Special Falcon coupe in Queensland.

Movie car collector Rod Coverdale was spotted by Calliope Highway Patrol members while out in his black-on-black XC, and approached Rod while he was parked. 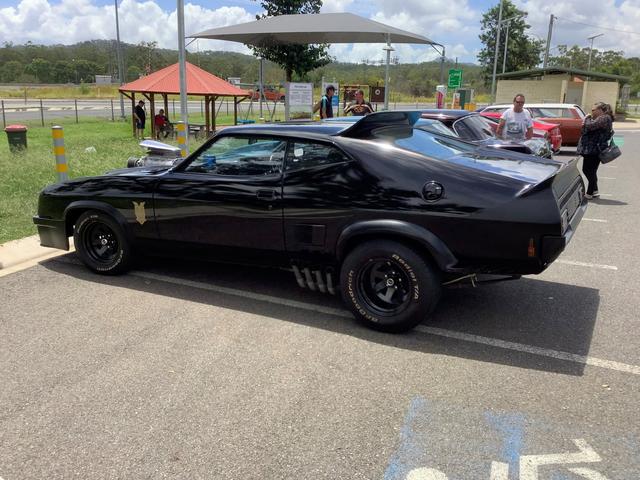 The unit issued Rod a defect notice for the car’s protruding Weiand supercharger, as well as the movie-correct blue light mounted to the dash.

"It also had an exhaust hanging out the side of the vehicle, which again, exhaust pipes get hot,” said Senior Sergeant Shaune English of Calliope HWP to ABC News. “If someone brushes past that's a risk to people as well."

Rod was fined for driving a defective vehicle, and directed to get a new roadworthy certificate.

The incident was posted to the myPolice Gladstone Region Facebook page, which is run by Queensland Police.