'Mirror war' averted? Mercedes does not need to adjust mirrors

Mercedes drove with vertical fins around the mirrors of the W13 during the F1 test days. Suspicion arose from the other teams and people wondered if Mercedes' creation was against the new rules. Now it appears that Mercedes does not need to modify the mirrors. 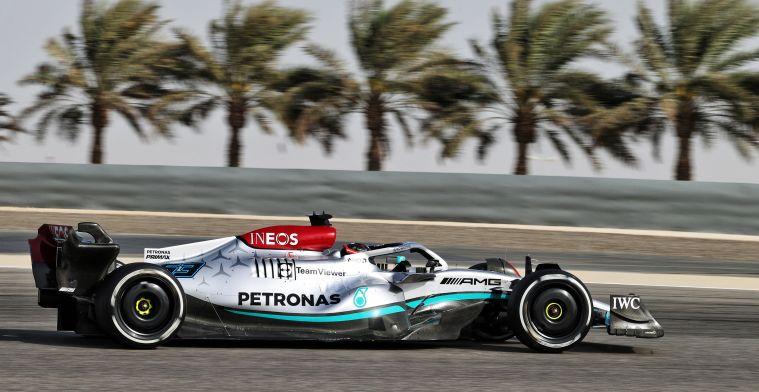 Mattia Binotto of Ferrari made an unofficial protest in the media against the competitor's mirrors. According to the FIA, the support of the mirrors may only have a structural function and not an aerodynamic one. With Mercedes, this seems to be the case. Binotto recalls the 2018 season when they tried to attach the side mirrors to the halo. This was banned for the reason that it would create an aerodynamic effect. Although the vertical fins under the mirror of the W13 also seem to cause an aerodynamic effect, F1 journalist Albert Fabrega reports that Mercedes may leave the mirrors and the attachment as it is.

Mercedes does not act in the spirit of new regulations

It was previously revealed that teams were afraid of a so-called "mirror war" in F1. Therefore, March 15 a consultation was held about Mercedes' mirrors. With the news posted by Fabrega on twitter, the outcome of that consultation seems clear. The mirrors as Mercedes built them are allowed. It's nothing new for Mercedes to push the edges of the rulebook. The team has been at the top of the sport for years for good reason. The risk the German racing team takes does make them an easy target for criticism. Indeed, the sidepods of the W13 also caught the eye. Red Bull team boss Christian Horner accuses Mercedes of not developing the new car in the spirit of the new regulations.