A mum-of-five claims she's been waiting seven years for her local council to clear her home of mould and repair broken furniture.

Leona Christie claims her home in Sheffield, South Yorkshire, is infested with mould and needs work done in every room.

She has accused the council of failing to keep their promises, which were made by the large number of inspectors who have attended in recent years.

Workmen did turn up at one point in August 2020, but she turned them away fearing Covid could be spread among her family members.

Leona and her partner moved in to the flat in 2014, and claim to have been chasing the council ever since.

Issues include a hole in the wall of one daughter's bedroom and mould in her other girls’ room.

The house also has cracked bathroom tiles and a draft coming from under the bathtub.

She also claims the front door poses a fire hazard because it has slumped in its frame, and her kitchen appliances are being held up by bricks.

Leona said: "It’s just rubbish. I look around every single day and think about the safety of my kids.

"Moving into this flat was the worst decision of my life. It feels like nothing will ever be done. Part of me just wants to blow it up and start again.” 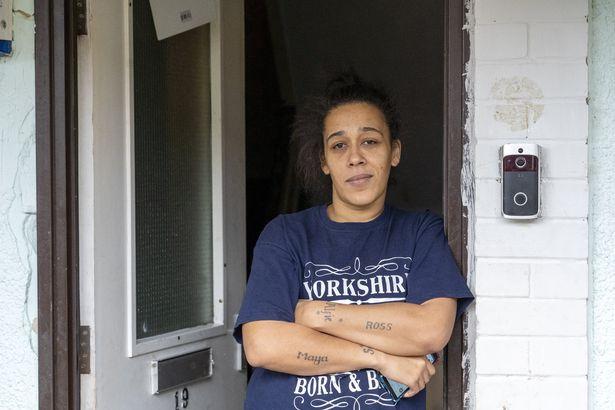 She claims she has had to deal with sewage coming up through her bathtub, mould and a hole in the wall in her children's bedroom, and rotten cladding outside the windows.

Leona claims 14 inspectors have carried out assessments, but the council has not attended her Fox Hill flat to help resolve the issues in almost eight years.

Workmen did turn up in August 2020 - but the mother did not feel it was safe to let them in due to the pandemic.

She added: "I’ve had about 14 inspectors come in the past two years.

“They come, look around, say they will be in touch and nothing happens. The last was about a month ago.

"It’s just been hard for me. I’m so tired of it. I’m shipping my kids off to my dad’s this weekend so I can empty the rooms and take pictures to show how bad it is.

"It’s just not a place to raise someone.”

Councillor Paul Wood, executive member for housing at Sheffield City Council, said: “The Covid pandemic has caused a repairs backlog and we’re working through it as quickly as we can.

"We carry out 2,200 repairs and respond to 360 emergency repairs in our council homes every week. We have 6,300 outstanding repairs and 377 officers to carry out these repairs.

"Urgent and emergency work remains our priority and we are working within time limits for these call-outs.

"Our operations manager is contacting the tenant today to discuss the outstanding work.”