A mum broke down in tears in court as she said her ex-boyfriend slapped her 16-month-old baby daughter.

Haider, of Ilford, denies murder and child cruelty by wilfully assaulting or neglecting Nusayba, between 28 August and 13 September.

The little girl had a fit later that day and was taken to King's College Hospital Hospital with life-threatening head injuries.

Her brain injury was so severe life support was withdrawn four days later.

The mother was packing up her belongings to move out when Nusayba was fatally injured, the court heard.Ms Amazir said: 'I heard him say: "Shut up Nusayba" and I heard him hit her.

'It was two or three times. I heard him slap, it was like an impact sound. Then I heard her make this really strange yelping noise.

'I knew he had hit her quite hard.

'She wasn't herself, she wouldn't take the bottle from me, I took her downstairs to a room nobody really used.

'I thought I need to get her out of here, he's not just doing the time outs, he's hitting her behind my back, he's actually beating her.'

Prosecutor Edward Brown QC asked: 'Why had you not left before?'

Ms Amazir said tearfully: 'I wanted to go quietly so he wouldn't come after me.

'She just started fitting, her eyes were going left, her legs were straight, and she wouldn't respond to me.

'I needed to get her out, she needed help.

'He could see it himself, of course he could.

'I was trying to get him to admit that he hit her, he didn't know that I knew. I wanted him to think "Oh my God what have I done."

'I would never hurt one of my babies, my daughter is everything to me.'

Ms Amazir broke down in tears several times as she talked about the punishment she claimed Haider would inflict on Nusayba, which included slapping her hand, time-outs, and putting her in a stress position.

Haider would force Nusayba to stand in an adapted form of the 'Murga' position, where the punished person squats, loops their arms behind their knees, then places their hands over their ears, the court heard. 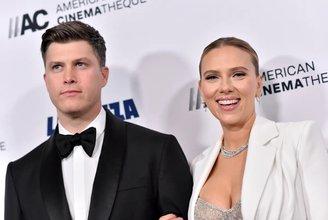 The 'Murga' punishment is commonly used in parts of Pakistan, the court heard.

The court heard Haider was seeing a girlfriend in Manchester when he met Ms Amazir through a dating website a month before Nusayba's death.

She moved into to his home in Colinton Road, Ilford, east London, to help with the illegal puppy-breeding business he was running from the back garden, said Mr Brown.

Ms Amazir said: 'He became quite aggravated at the fact that she obviously needed more attention.

'She had just started walking.

'He would start shouting "You're spending too much time on the baby!"

'He would put her in this position, they used to do it to kids in the mosque in Pakistan.

'She couldn't stay squatted, she was quite unstable, this was when I really started to try to intervene.

'He would call her b-stard, c-nt, he really likes that word.

'He would slap me round the back of my head, the words he uses, the language he uses, it's quite intense.

'I never understood, he used to take her hair tie out. He said she doesn't deserve to look pretty when she is in time-out.

'At that point I was just trying to get out, I was doing everything to get her out, I couldn't make any moves while she was still there.'

Two weeks before Haider had told Ms Amazir that her daughter had fallen over and hurt her head but became enraged when she tried to call an ambulance, the court heard.

He insisted on getting the child a taxi to the hospital and Nusayba was detained overnight.

Ms Amazir got a call from Haider saying Nusayba had fallen over and hit her head in the kitchen while he was feeding his dogs on 28 August 2019.

She messaged Nusayba's father Muhammed Umar on 10 September 2019 to say he should have permanent custody of Nusayba.

Ms Amazir said: 'I told him he needs to take her, but I didn't tell him why.'

When he was arrested and interviewed Haider denied any physical contact with the little girl and insisted he had never assaulted her, jurors heard.

He said in interview that Ms Amazir had hit Nusayba, used 'inappropriate discipline' and had hijacked a taxi to take the child to hospital.