Being asked to be a bridesmaid at someone's wedding is a pretty huge honour and - for many women - this can be a true bonding experience.

But one woman learned the hard way that being asked to be involved in a wedding can be extremely tricky, as the bride-to-be wasn't very considerate of her circumstances.

She was asked to be a bridesmaid for her sister's wedding but was shocked to learn the ceremony was set to be 'child free', and she had recently had a baby.

In the end, the woman told her sister that if she wanted her there and didn't want children at the wedding then she would have to change the date - and now the family are divided.

What do you think about the bride's demands? Let us know in the comments...

Taking to Reddit, the would-be bridesmaid wrote: "She got upset but left it for a few days and then came back to me, asking why.

"My daughter is exclusively breastfed, every three hours, and won't take a bottle under any circumstance (I've tried). So I quite literally can't leave her.

"She got upset and said the baby would take the bottle if she got hungry enough, which I disagree with. After some more arguing, I told her she could either let me bring the baby or not have me come at all".

She continued: "It was more arguing, I stated, 'then you'll just have to reschedule your wedding' in response to her saying I need to be there. 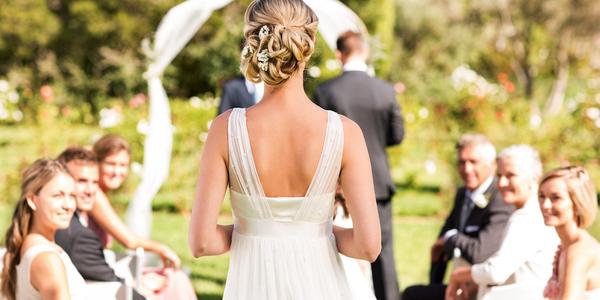 "She got huffy and left, and ever since then family members have been treating me like I told her I'd kill her firstborn".

The poster - who goes by the username u/aitaweddit - went on the explain how she'd also made it clear to her sister that finding childcare for her eldest daughter would also be difficult, given that she's autistic and "has pretty severe meltdowns".

Despite knowing that attending the wedding would be a real struggle for her, the poster - who is a single parent - still feels "awful" for upsetting her sister, who isn't even inviting her own son to the wedding. She now wonders if she could have gone about things in a "kinder" way.

Her fellow Reddit users have since sympathised with her difficult situation, with one person reasoning: "Although it is reasonable to have a child free wedding, she knew damn well you'd have a baby by then. Could she not make an exception for newborns though?

It's not like they cause chaos by running around and carrying on! They mostly sleep".

Another wrote: "If she really wanted you there she would make accommodations for your children. They didn’t just suddenly appear, she’s known all along that you can’t leave them.

"Depending where she’s getting married, especially if it’s a lodging or dedicated wedding venue, it’s not that hard to hire a babysitter who will keep the kids onsite, but not at the wedding.

"Then you can check in with them throughout the day. For family peace, maybe check into this and pay for it yourself".

Do you have a wedding-related story to tell? We pay for stories. Email us at julia.banim@reachplc.com