Review: The BMW X1 is a happy throwback

Almost all of the world’s automobile manufacturers now make SUVs. Today’s car shopper has access to a broad variety of these sturdy, sporty daily drivers, from highly affordable versions sold by the American, Japanese and Korean car companies to the high-end super cruisers built by luxury marques like Porsche, Jaguar and Bentley — to be joined, soon, by Rolls-Royce and Lamborghini.

Somewhere in between those two extreme ends of the spectrum sits the BMW X1, a solid, square midrange SUV that offers a pleasing combination of modern styling and old-school mechanics.

A wolf in sheep’s clothing, it’s more of a sports car than an SUV, which is to say a car with plenty of S but not a lot of U. (BMW calls its X1 a Sports Activity Vehicle.) While its owners will enjoy a lot of spirited dashing about town, and a comfortable cruise on the freeway, they’re probably not hauling any of their fishing boats up to the lake.

I found it an almost analog experience, and a pleasant return to traditional values. Lacking many of the high-tech amenities now increasingly found in midrange vehicles, the X1 is reminiscent of BMWs I drove in the 1970s and 1980s — and I mean that as a compliment.

This is a real automobile. It’s not an appliance. The seats are solid and a little hard. The interior is spare. The dash doesn’t overwhelm with the often extraneous information that clutters the view on many modern vehicles. And its engine sounds like an engine, not a sewing machine.

In the xDrive28i version I drove — yes, BMW does use a lot of confusing letters and numbers to identify its cars — the power plant is a 2-liter, four-cylinder, twin-turbo gasoline engine that makes 228 horsepower and 258 pound-feet of torque.

It delivers that power through an eight-speed all-wheel drive automatic transmission — no manual version is available — that gives the X1 a nicely planted feel.

The suspension is stiff — too stiff, even in comfort mode, for some reviewers — and gets more so when the car is shifted into sport mode. This sharpens the acceleration by changing the throttle mapping and by altering the shift points. It also shuts out the comfort settings on the suspension, for a firmer, sportier ride.

The engine is all new in the 2016 X1 and set transversely under the hood — sideways, instead of lengthwise. That bought BMW some additional room in the cabin, which the X1 uses to good advantage. This is not a big car, but it feels big inside, with plenty of leg room and head room in the front and rear seats. The 2016 model sits a little taller, giving it less of a hatchback appearance, and has more cargo room than its predecessor too.

As usual with BMWs, a lot of other helpful equipment costs extra. The Premium Package on the model I drove includes power folding mirrors, keyless entry, a moonroof, LED headlights that swivel when the car turns, and lumbar support — things that are standard now on many midrange vehicles, but added $3,250 to the MSRP.

A rear-view camera and systems designed to assist in parking, also standard on many daily drivers, tacked on an additional $1,150.

See the most-read stories in Business this hour »

Car shoppers who’ve been exposed to the aggressively priced Japanese and Korean SUVs may feel a car sold at that price should come standard with a back-up camera, for example, or keyless entry and real leather upholstery.

They may forget they’re paying more for the BMW nameplate, legacy and traditionally high-quality engineering. 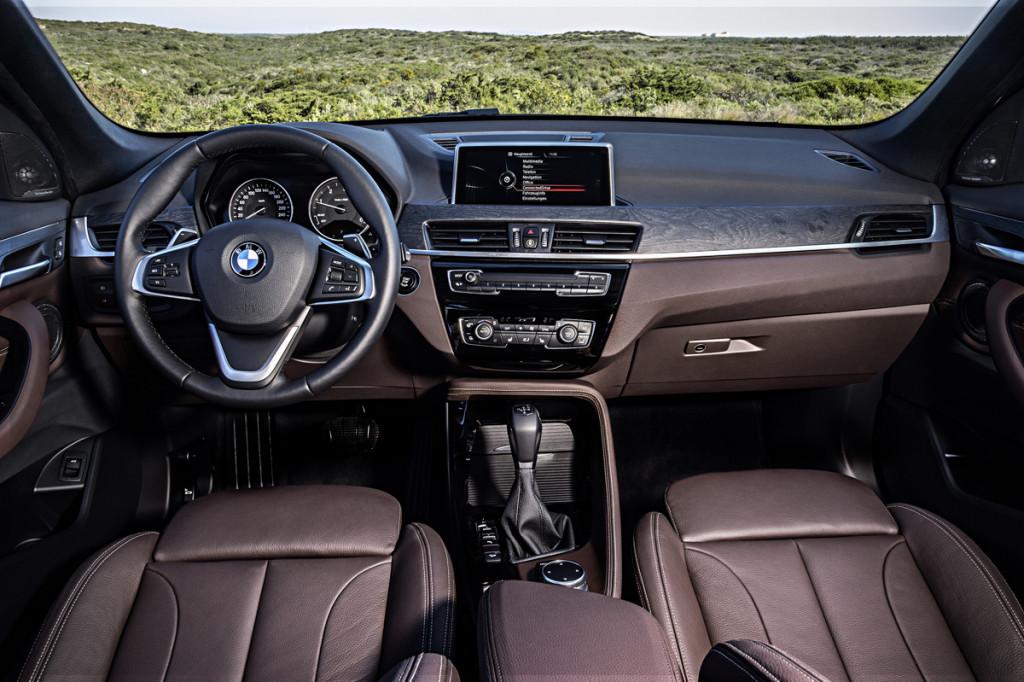 If they plunk down the dough, though, they’ll be joining others. SUVs are hot sellers for BMW, which through June of this year sold 25,000 units of the larger, more expensive X5s, and 22,500 of the X3s.