When Terry Doyle moved to Qualicum Beach with his wife in 2018, it was with the idea that they could slowly step back from their international architectural interior design practice in Vancouver, and begin to enjoy a life of semi-retirement. Instead, Terry opened a men’s clothing boutique called Open Collar and brought a lifeline of European fashions into the small community.

“I’m not one to sit still,” admits Terry, who’s taken a break from repainting Open Collar’s fitting rooms to chat, and adds with a laugh, “I’d like to learn how to do that one day!”

Terry was exposed to the business from a young age. His father was a long-time pillar in the menswear industry in Toronto, in an era where dressing sharply was a sign of respect.

“After living in Qualicum Beach for a couple of weeks, I realized there was no outlet for menswear here, and nothing in Parksville either,” he says. “I entertained the idea of opening a men’s fashion boutique and researched sourcing some European fashions that I could bring to the community.”

Fate stepped in when one of his suppliers in Vancouver mentioned she was leaving to get back into the apparel industry, and put Terry in touch with all the right people.

“Everything just kind of fell into place. It was meant to be,” he says.

Open Collar opened its doors at the beginning of the pandemic in April 2020, but despite the challenges, the community was most welcoming; the boutique has filled a real need for the community.

As for that semi-retirement plan? Island living has satisfied the urge to slow down.

“This was a big lifestyle change, but I’m just loving it,” says Terry. “The people are so friendly, and it’s just refreshing.”

I’m really quite comfortable in my own shoes. There isn’t an individual that I really envy, but rather people that I admire. I aspire to be a Newfoundlander. They are the kindest, most genuine, selfless, unpretentious, humorous people in Canada, and perhaps on the planet. I would like to walk in their shoes. They know how to live and how to love.

What is the food you could eat over and over again? 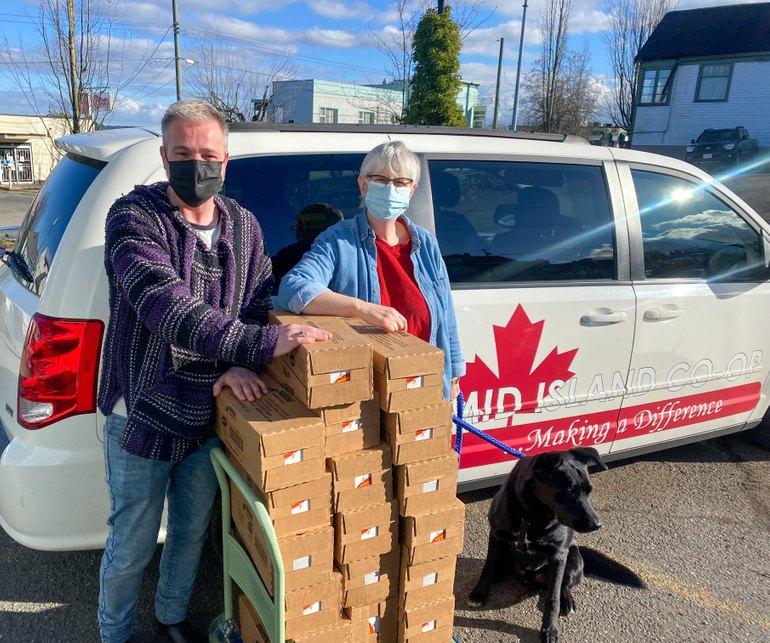 That’s easy. I could dine on Italian food every day, especially if served family style, where you get to taste everything the chef or the Italian Mama prepared.

You’re given $1 million that you have to spend selfishly. What would you spend it on?

Hmm…Thinking. I might hire a private jet to fly to New Zealand to spend days touring vineyards and sampling wines of the Marlborough region.

Don’t get me started on this one! People who cannot put their electronic devices down long enough to interact with another live, breathing human being face to face. This is the real plague of modern society: addiction to technology.

Where would you spend a long time doing nothing?

This is tough for me as I can’t sit still very long without getting antsy. I would like more time to be at the beach when the tide is way out, and play with my best pup friend, Lily, who was labelled “the happiest dog I’ve ever seen” by a passerby. She really gets me to chill out.

What is the one thing you’re secretly proud of?

I started a new business in a new town with no experience because I thought the community craved it. Unlikely as it was to succeed, having started at the onset of the greatest pandemic in a century and when naysayers claimed everyone shops online, I forged ahead on gut instinct and built a bricks-and-mortar store. I am proud of the way the community embraced my idea and made me feel so welcome, paving the path to a very successful, thriving business. The fringe benefit is that I have made so many new friends here.

What makes your heart beat faster?

Ancient European architecture still does it for me. I can’t get enough of it. When you see what our ancestors built with no power tools, no electric lights and, hell, not one damned computer! That is real, raw human talent, vision and dedication.

We cannot lose sight of that. Modern society with all of its technology can’t come close to the creations built centuries ago.