'When we were strong and determined'; poet Nikki Giovanni to perform

“Most time when you’re around, I feel like a note Roberta Flack is going to sing.” — Nikki Giovanni

You gotta love a line like that, and the poet who wrote it, especially if she’s a hometown girl.

The Big Ears Festival is bringing Nikki Giovanni back to Knoxville, where she was born in 1943. And at 11 a.m. Saturday, March 26, at the Mill & Mine in Knoxville, her voice, the voice of the truest Black militant alive, will float out of that venue, over the attentive ears of a standing-room audience, and soar like a host of eagles climbing a warm current to a dizzying height where it will likely be heard until the end of time.

“We plant, we reap, we try, because we are human. We hope. We continue. Our soul is rested. But it will have to get up in the morning and start again.” — “The Sixties”

The 1960s? “That’s when we were strong and determined to change the world... and if not change it, leave it different from when we first met it. And I like Black people for that.” —“When Gamble & Huff Ruled”

The title of the poem that quote comes from is a hint to why Nikki Giovanni is perfectly in her element at Big Ears. So much of what she has written over the decades since the early '60s uses the music of Black culture as positional coordinates. Never heard of Gamble and Huff? “Wake Up Everybody.” “Now That We Found Love.” “Back Stabbers.” “If You Don’t Know Me By Now.” Yeah, you oughta know ‘em by now. Kenny Gamble and Leon Huff wrote these songs. “I’m Gonna Make You Love Me.” “Show You the Way To Go.” (Maybe the most perfectly sung Michael Jackson No. 1 hit.) Now you get part of what Nikki is about. Follow me, follow me.

Big Ears 2022 marks the 50th anniversary of the groundbreaking album, “Truth Is On the Way,” a gospel-based, improvised explosive device that left Nikki Giovanni’s poetry, its cadence, and the sound of her voice etched deeply into the otherwise undecorated cinderblock hallways and staircases of housing projects, row houses, and the crumbling overcrowded neighborhoods of Watts and Oakland, East St. Louis, East Austin and East Knoxville, Atlanta, Newark, Philly, the Bronx, New Haven, Detroit ... everywhere Black Americans had been corralled by the repressive double-barreled shotgun of segregation and urban renewal.

Like all great works of art, “Truth” can be distilled to a single moment where, in the span of a heartbeat, the world is suddenly put on notice that a change is gonna come. Here, it begins with a century-old tune, “Master, the Tempest is Raging,” polished by the great James Cleveland into his gospel classic “Peace Be Still,” delivered with untouchable power by Benny Diggs’s New York Community Choir. At the halfway mark, the peace is blown sky high as Nikki breaks into “Great Pax Whitey,” a poem of such riveting power, it takes your breath away, proving the record’s liner notes prophesy about Nikki Giovanni: “The possibility is that she can bring about a new reality that will release us from some very crippling concepts of the American mythology.”

“Glory hallelujah, peace be still. Ain’t they got no shame? Ain’t we never gonna see the light?”

More so than Marvin Gaye’s “What’s Goin’ On,” Stevie Wonder’s “Where I’m Coming From,” Bob Marley’s “Soul Revolution,” Sly Stone’s “There’s a Riot Going On,” or Miles Davis’s “Live — Evil,” all from 1971, Nikki Giovanni’s “Truth Is On the Way” started the real revolution ... one that still has a long way to go.

Giovanni had told Haizlip that she’d like to meet the novelist James Baldwin, and Haizlip knew instantly the potential of a convergence like that. Baldwin lived in France at the time, and it was relatively easy to arrange a meeting for the novelist and the poet in London, where video production was readily available. London also lent the pair an atmosphere of complete freedom to speak their minds. Speak their hearts. The freedom to speak, period.

And in 1971, two 60-minute, black-and-white programs were ready for broadcast nationwide on PBS. Giovanni and Baldwin sat in comfortable chairs facing each other across a low coffee table, on a spare film-noir set that lent their conversation an air of confidential affection that a viewer can almost feel jealous of. You have never seen two people gaze more deeply into their own reflective pools of intelligence, dip their cupped hands into the water, and bring it up to their own and to each other’s lips. 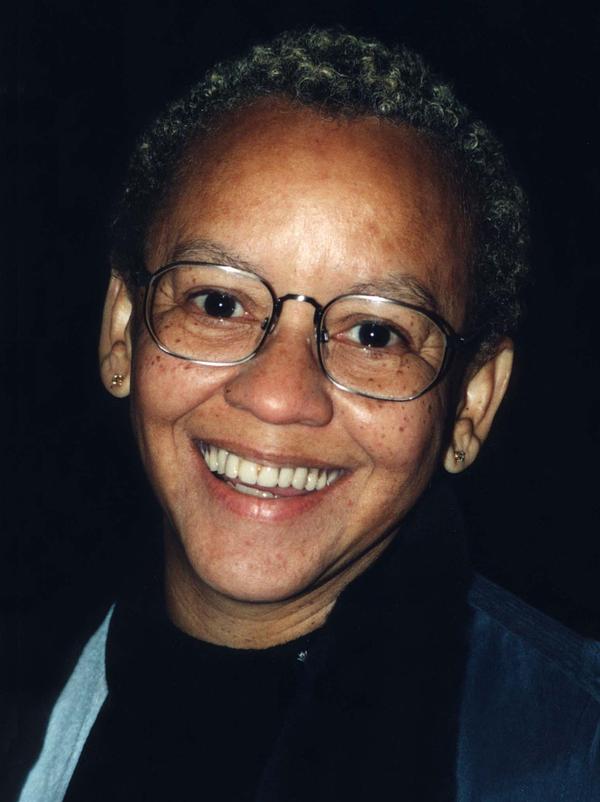 From their very first breath until their profiles fade out at the conclusion of each program, it is impossible to take your eyes off of these two beautiful, serious faces. In their deeply searching eyes, you can see the busy lightning of their minds at work as they dissect the sorry state of interracial relationships in America.

Baldwin said, “What the world does to you, if the world does it long enough and effectively enough, you begin to do it to yourself. You become a collaborator, an accomplice to your own murderers.” Nikki answered, “My God, somebody’s really talkin’.” And 50 years later, we are haunted by the murder of George Floyd.

When I talked to Nikki Giovanni about the impact these two hours of television had on my life, I mentioned that the strongest impression I’ve carried with me for 50 years was the memory of how frequently the cameramen focused on her and Jimmy’s hands. (She calls Baldwin “Jimmy” throughout the conversation. And a couple of times he calls her “Baby.”)

“Yeah, we were lucky to tape this thing in London. If we had done it in New York, it wouldn’t have had any movement at all. But the Brits, they noticed that Jimmy and I both talked with our hands. I mean, if you could see me right now, my hands are movin’ all over the place.”

Through the course of two hours, the camera studied Baldwin and Giovanni’s hands as if they were exotic birds, ready to reveal the unexpected secret truths hidden inside the words coming out of their mouths. Holding cigarettes, caressing the arms of their chairs, tapping the coffee table ... watching their hands became an experience I never forgot, like the sweep in Alvin Ailey’s steps, the arch of Judith Jameson’s arms. Those hands weren’t punctuating thoughts. They were the thoughts.

Nikki told me, “If Jimmy was alive now, we’d be talkin’ about mothers and grandmothers. I had the pleasure of knowing his mother.”

I told her I was moved by his closing thoughts in the “Soul!” program, about how her biggest responsibility was making sure her son had a safe and secure path for growing up.

We touched on a lot of other topics, from the Free Colored Library that used to be on East Vine Street, to the Nikki Giovanni plaque that stands in Cal Johnson Park, just a short walk from all the Big Ears venues. When I thanked her for her time, she said “If you have a hard time gettin’ in to see me at the Mill & Mine, just tell ‘em at the door that you’re my cousin.”

And I swear this is the truth: when I asked Nikki how it feels to come back to Knoxville, she said “Oh, it’s home sweet home to me.”

“The very first thing that a writer has to face is that he (or she) cannot be told what to write. And what you have to do is try to tell the truth. What a writer is always doing, whether or not he knows it, is that he always has to go to the source.”— James Baldwin in “Soul!”