I read the original Vertigo comic back in the day, and this is less of an adaptation of the comic, and more of a new story set in that world.

Like you, I read the comic when it came out at the end of 2005. I was obsessed with it because it presented a pretty crazy and terrifying circumstance, war in our own backyard. And that was an out-there idea. But it also kind of gave us this sort of "I can't stop looking" feeling, and you wanted to read more, because you wanted to explore this world. And that's why the comic works as it is, with the protagonist of the comic being a photo journalist who's left in the DMZ. He's basically a proxy for the audience. He's passive, and he's sort of taking in this world, and you're taking it in along with him.

Moreover, 2005 was eons away from where we are now. It was a post 9/11 world, our military was deployed in the Middle East, and that was basically the premise of the [new] civil war. It was, if our military's over there, what happens at home when there's an uprising here? Something that is so grounded in its time and place, by virtue of that fact, necessitates reinvention if you're making it for a different time and place, right? So it's been 17 years, almost 17 years since it came out, and we live in a totally different world, and in a world where the concept of civil war has taken on a whole new meaning. The ideas of the show have struck a personal chord, and The Other is not overseas, it's right in our backyards. It's our own internal division. 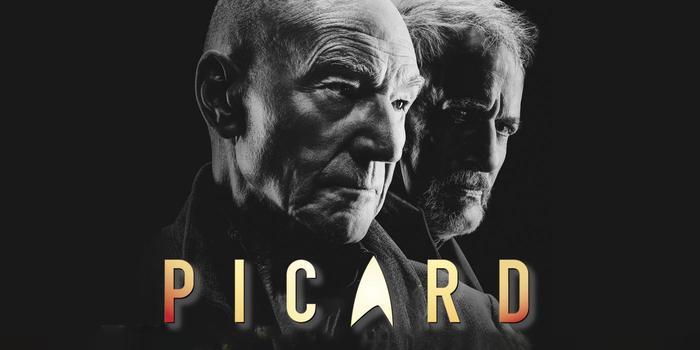 So that was one thing, and the other thing was, the comic, because I think it was such a crazy idea, that back then could never happen. It was so far away, and so it's a out there idea. Also, the comic really revels in the dystopia. It really revels in the war, the terrorism. And the fear of it, that's part of the fun, I guess, but it just felt irresponsible to do that, given where we've come as a country, and how divided we've become. So I really wanted to take a whole new direction where I... Look, you ask 10 people how we might get to civil war, you're going to get 10 different answers. I don't care about any of them, in truth. And I don't really care to ideate any sort of divisive notions of what the United States is.

So my idea was to just assume our worst case scenario. Start in it eight years later, and tell the story of what happens next, and that inherently is the story of rebuilding. That is the story of a disparate people coming together, the story of an abandoned people reclaiming their sense of identity, reclaiming their own homes. And ultimately, it's a sort of hope. So there's one more guiding thought that's sort of tethered to everything I've just said, which is that the comic is inherently masculine. It is all about men and testosterone, and getting by, and there are women in it surely, but they are not very developed, if at all. And frankly, for me, one of the only ... the most interesting character in the comic was Zee, who is this fearless Latina medic.

And that also felt right for reinvention because she's two-dimensional, at best. And I think part of the writer's job in adapting is to expand on the property, show it in a new light. And the idea of injecting this super-masculine IP with the fundamentally feminine and maternal energy and pursuit felt correct. It felt like the right way to interrogate these pillars of power that we celebrate, like Wilson's gold or Parco's Guns [two characters in the show, and their sources of power in the DMZ]. Here, we have a woman who's offering accountability. How's that for power, man? And that just felt novel, it felt like it was pushing the conversation in the right direction, and it felt generative, more than anything. And my thesis, above all, was to take DMZ and try to spin it into a story about unity and hope.

To paraphrase Francois Truffaut quote, it's hard to make an anti-war story because war seems inherently exciting on camera. But the series frames its action as horror. Bullets come out of nowhere. Violence is sudden.

There's the sort of moralistic responsibility there, the idea of our own civil war in our country shouldn't feel exciting, for one. I was very careful to ... it's a super-complicated world this is set in, right? There's so many levels, there's so many ... there's these two outside countries that are vying for this plot of land that's the de-militarized zone in Manhattan. And it's so complicated, right? But I just really wanted to narrow the narrative aperture down to a super simplistic story about a woman seeking to look for her son.

And in that capacity, and in the effort of really celebrating the people of the DMZ who have created their own economy, who have created a sort of patchwork system of gangs that is not ideal, but it works, they've made their way. I really wanted to keep that outside war outside. It was always just a pressure encroaching in on our world. That's why you never see a soldier, you see these ghosts, that if you get too close to the water, snipe at you, right? And it's more of a head space, but within that sort of bubble, really just kind of narrowing, putting up our blinders, and focusing on the DMZ.