HICKS: We are in a difficult and costly conflict

Authoritarian governments are frequently thought to be more decisive than democracies. They can appear stronger and more likely to win the future than do liberal democracies, where debate is marked by public disagreement.

Democracies are slow, with actions guided by compromise and the consent of the governed. Working toward compromise and consensus takes deep strength and conviction that too few people possess. This is one reason why admiration for authoritarian leaders is largely confined to the most insecure of us.

This truth is exploited by authoritarian leaders who offer their followers the pretense of physical bravado and toughness, accompanied by flashy uniforms, caps and slogans.

If the past couple weeks has demonstrated anything, it is the folly of this belief. The future belongs to liberal democracies, where respect for individual rights, political freedom and the rule of law are nurtured and grow. A second lesson of the past two weeks is that this future demands a fight. We are again engaged in this fight, and it is wise to consider the cost.

In the coming weeks, the Russian armed forces will demonstrate their solitary battlefield talent. They will shell Ukrainian civilians, and execute prisoners and civic leaders as they advance into Ukraine. Russian officers will be shot for failing to achieve their tactical objectives. This offers obvious short-term encouragement to the others, but their situation is precarious. Roughly 70% of their ground combat power is now losing a tactical fight in Ukraine.

The battlefield pictures are haunting. They so remind me of my war, that I can again smell the cordite and burning flesh outside of Basra. If you think that description is difficult, I assure you the pictures are certain to get far worse. They may become unthinkably worse in ways that will test the world.

Putin’s Russia is in deadly trouble. Their currency is now less valuable than cheap toilet paper of the same weight, and the nation is almost entirely cut off from foreign trade and investment. Part of this is because of sanctions by Western democracies, but the biggest blow has been from the private sector. Russians are unlikely to be able to import or export commodities or products. They cannot even refuel their merchant ships at sea or repair their commercial air fleet.

They are an economy of roughly $1.7 trillion, with a $0.6 trillion foreign currency reserve that they now cannot spend. They have had a run on the banks, and face the collapse of every market and network system in the nation. They can no longer import food, medicine, telecommunications equipment and transportation parts. By mid-spring, Russia will be a barter economy.

Russia has already suffered a stunning strategic loss. Nothing they can now achieve on the battlefield will change that. They entered Ukraine hoping to add to their arsenal, but this campaign might easily result in the erosion of one-third of their military power. Summer will be tough, but the coming winter will see a humanitarian crisis in Russia, Ukraine and Belarus, a loose puppet state of Putin’s. There will be millions of refugees walking across Europe, and political unrest not seen since 1917 will cover Russia. 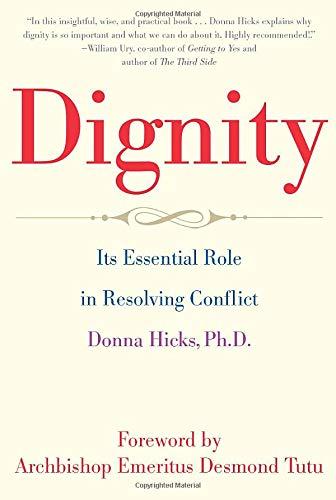 We Americans are unworthily fortunate. This economic shock will affect us, but only minimally. Oil price spikes typically precede a recession. War affects oil prices, as anyone now headed to the pump can see. Still, after adjusting for inflation, gas prices are below the level we saw for a full 85 months in the 21st century, and lower than they were for the entire period from 2010 to 2014.

Trade with Russia is roughly 0.2 percent of the world economy. So, even huge shocks to Russia are a rounding error in the global economy. It is unwelcome to be sure, but our economy is our strength and Putin’s weakness. It isn’t now clear he has any strengths.

Happy circumstances are possible. Putin could die like other authoritarians before him, or retire to Pyongyang. If he stays, European and NATO nations will move to a warlike level of preparation. That is where the real discomfort will be felt. Germany has already doubled her defense spending, as will other NATO countries. Our spending will not have to increase as heavily, but I suspect we will have to move an army corps back to Europe. By 2023, we will likely be back to Cold War levels of force structure in Europe. This will be costly in both money and youth.

We have forgotten too quickly some of the consequences of a Cold War. From 1945 to 1991, the U.S. lost a service member every 8 hours or so to training and operational accidents. It is an expensive, difficult and dangerous work we embark upon.

It is also necessary.

A major part of the success of democracies in the Cold War was an understanding of the costs of failure. It was a maturity of spirit born in the trenches of WW I and the battlefields of WW II. We again need that courage and resolve.

We inhabit a 246 year-old democracy with strength enough to handle a global crisis of this sort while still filling potholes.

Unlike the Russian government, we can walk and chew gum at the same time. But, these times demand more of us all. If you find it necessary to complain about high gas prices, at least be honest about the cause. High gas prices are caused by Vladimir Putin and those who emboldened him to conduct this murderous invasion.

Better yet, when you fill up at the pump, quietly remember how many citizens of democratic Ukraine would trade anything to have our problems. And instead of complaining, give thanks for the heroic sacrifice that weakens the Russian army, while giving pause to a generation of tyrants across the world.

Every American should be thankful of how trivial is our sacrifice in this conflict. We should also be proud of how well our government and her allies have handled this crisis. The world’s resolve was not organic. Our intelligence agencies and diplomats have performed brilliantly. Do not let partisanship blind you to this truth.

The free world’s thoughtful and informed resolve is the best defense against a broader conflict, and our ultimate weapon against the expansion of an authoritarian tyranny that is now attacking Ukraine.