How a leaky toilet pipe led police to discover drugs and $1.1 million in cash

The New South Wales Police Force recently took to Facebook to share a post about how a leaking toilet pipe led them to discover drugs and cash. In their share, they also appealed to public for any information related to the matter. 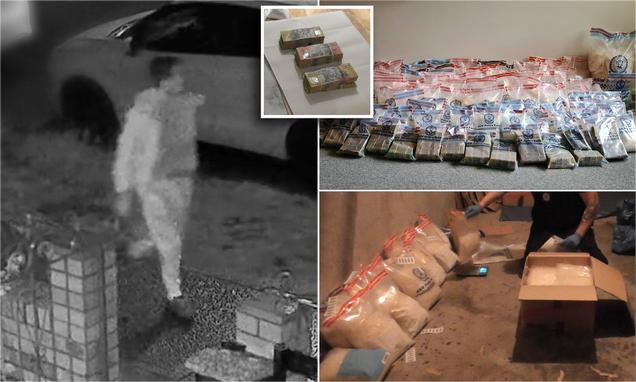 “Detectives are appealing for information after a leaking toilet pipe led to the discovery of $1.1 million in cash and 220 kilograms of ice – with an estimated potential street value of $44 million – in a unit in Sydney’s south-west last year,” they wrote. They also added that a few workers reported to police when they found the cash and a crystal substance in an open cupboard while fixing a leaking toilet pipe. The department further explained how during a subsequent search, officers seized 15 more cardboard boxes containing more cash and drugs.

The post is complete with a video of a man. “As part of an appeal for information, strike force detectives have today (Wednesday 9 February 2022) released images of the seized cash and illegal drugs, and CCTV footage of a man they believe can assist with their investigations,” they added.

Take a look at the post shared by the police department regarding the incident and also the video:

The video was posted a day ago. Since being shared, the share has accumulated more than 74,000 views and counting. Many also shared comments while reacting to the post.