Hundreds of syringes found washed up on New Jersey beaches

Beach patrollers discovered hundreds of syringes washed up on the beaches of the Jersey Shore, N.J., over the weekend, causing numerous safety closures on Sunday following days of intense storms from Tropical Storm Elsa.

Beach patrollers were shocked to find hundreds of syringes on the shore. On Sunday alone, they found dozens in the sand of Monmouth Beach, according to NBC News 4. They are now warning beachgoers to stay out of the water as there is a high risk of stepping on a needle. 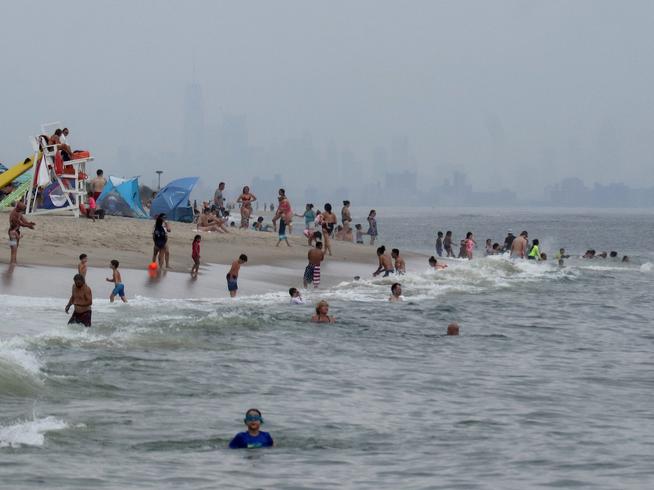 Officials speculate that the needles are from sewer system overflow miles away. Previous investigations suggest people with diabetes flush used needles down the toilet and storm water carries them to beaches, according to the local report.

"I had gloves on and I had a picker thing, so I didn't touch any of them," beach patroller Kathrine Gough, who was one of many to clean up the beaches, told NBC News. "But it was pretty weird because people were asking questions and we don't know what happened."

While some areas are still closed, other sites reopened Monday after crews closely inspected the area. Seven Presidents Oceanfront Park, a part of the Monmouth County park system on the Shore, gave the "all clear" on their website Monday morning, allowing beachgoers to enjoy the park freely.

Medical debris has washed up the Jersey Shore in the past following intense storms or heavy rain. According to data from Clean Ocean Action provided to NJ.com, 395 syringes were found in 2017, although the group noted that personal protective equipment washing up on beaches became an even more common problem in 2020, according to WABC-TV.

As Tropical Storm Elsa rages on, more syringes are expected to wash up on the beaches and are likely to cause more closures.