The dream first date has a stereotypical shape to it: a nervous but cute greeting, some nice food and flowing conversation that leaves both people feeling like perhaps they've found someone who understands them, someone they'd like to see again.

But the trouble with dreams is, often they don't come true. Reality is mucky and scruffy and full of good plans falling at the first hurdle - and dates are no different.

For some people though, first dates can get a lot worse than an awkward goodbye or making a hash of eating your spaghetti. Sometimes, a dream first date can turn into a nightmare, a nightmare that goes viral on the internet.

If you're preparing for a special Valentine's Day date, here's a round-up of tales to show you exactly what to avoid.

Everyone has been there. You're having a nice time in a new place you're not quite comfortable with, sipping on some coffee after dinner.

Suddenly your stomach lurches and nature calls. This can be traumatic at the best of times but for one unfortunate woman in the 2017 Bristol dating scene everything that could possibly go wrong did.

An amateur gymnast was taking a moment to herself while on a date with a local Bristol Uni student before disaster struck.

Realising her deposit "would not flush", she "panicked" and opted to throw the waste out of the window. Talk about love being in the air.

The plan was for it to land in the garden where it could easily be blamed on a fox or wandering dog - but best-laid plans ensured there was no easy way out as the flying faeces got lodged between two windows that didn't open.

Now events really hit the fan. Eager to rescue her hurtling turd, the gymnast opted to stage a daring attempt to contort her body into the space where it lay but her athletic experience wasn't enough, becoming lodged herself in the process.

In the end, her date and resident of the house was forced to call the fire brigade to free her from the space. The window got broken forcing the resident to set up a crowdfunding page to pay for the damage.

He wrote: "We'd had a really nice evening. We'd had a meal at a well-known chicken restaurant, had a few beers and then gone back to mine for a bottle of wine and a film."

Explaining his house's strange unopenable window arrangement he added: "It was into this twilight zone that my date had thrown her poo".

Rumour has it a second date did in fact take place.

Reddit can be a gold mine for crazy stories. On a message board discussing the worst dates of peoples' lives, user u/4EVRGamer stole the show.

They said: "When I was in college — many years ago, before the advancement of cellphones and social media — I was chatting with a girl I met on a [bulletin board system] who lived in Long Island, New York. I was 18 at the time but lied and said I was 22 because she said she was 25. We spent a few weeks emailing each other as well as calling each other. We even exchanged pics. When we finally met up, things blew up."

"Turns out we both lied about our ages. She was really 33 and lied because she thought she looked younger. She admitted she sent a college photo of herself to me. We still had dinner together, but it was awkward as hell. We never spoke again." 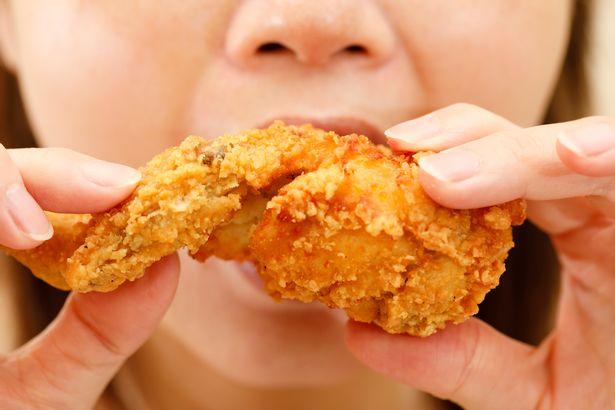 Another user, u/bstyledevi, went one better when their date fell apart following a medical emergency.

They said: "Met her for dinner. We seemed to hit it off well in the first few minutes, until I started feeling the worst pain ever in my side. Turns out I had a kidney stone. I, unfortunately, had to leave very quickly. She then blocked me via text when I abruptly left dinner, so she never got the message that I ended up in the hospital."

"I didn't see her for years until we ran into each other at a bar, me with a different girlfriend, her with her husband. I explained what had happened; she felt pretty bad, but hey, no long-lasting harm done. I bought her and her husband a drink, chatted for a few, and left them to finish their evening together."

In 2020, media outlet BuzzFeed asked their readers to tell them about the worst dates they'd been on. While all were harrowing, one stood out in particular.

The reader said: "I met up with a guy to go out for wings. Before we even ate, he looked me up and down, grabbed my hand as though he was going to kiss it, and then licked it from the tip of my wrist to the tip of my finger. I simply said, 'Well, I'm out of here,' and walked straight out the door to my car and sanitized my hands."

Another tale of first date woe to make its way across the Atlantic was reported on last year by the New York Post.

The story recounts an ill-fated TikTok creator who was duped into supplying an unusual feast. The woman said: “What’s the worst first date I’ve ever been on? I’m so glad you asked,”

“Before I met my smoke-show of a husband, I was on dating apps. This man messages me out of the blue and goes ‘I like your face, let’s go get some food.’ ”

“I drove 45 minutes to his house. He’s standing outside of that,” the regretful gal recounted. “He walks up to my car and he goes, ‘I’ve lost my keys. Can you drive us there?’

“Should I have just left him right there and gone home? Yes. Did I? Absolutely not".

Pulling up at the Taco Bell drive-through, things got worse when the fella lent over and said: "I would like 100 tacos, thank you."

“We get to the window and he starts patting his body and I was like, ‘Did you forget your wallet?’"

The meal is reported to have cost over £100.

Arriving at the house, the date reportedly piled the 100 tacos on the table and at the top of his voice screamed "Let's Feast!" and proceeded to eat the meal in silence.

The TikToker is understood to have not set foot in Taco Bell since.

What's been YOUR worst date? Let us know in the comments below