Recreational trails are an essential part of the Methow Valley’s character and appeal, and a group of local trail advocates is working to increase development and maintenance of trails in and around the valley, and address issues including wildfire damage and the growing popularity of local trails.

The Methow Valley Trails Collaborative, created six years ago, brings together a wide array of trail users with the common goal of improving and maintaining trails around the valley. The all-volunteer organization has accomplished several trail-related projects over the years, including improvements to trails at Lewis Butte, Riser Lake and Burch Mountain, and installation of a new toilet at the Chickadee Trailhead at Sun Mountain.

Trails Collaborative members recently decided to step up their game and incorporate as a nonprofit organization. That will give the collaborative greater capacity to apply for state and federal grant funding and hire staff to carry out trail projects.

“From the very beginning we thought, ‘How can we be most effective at getting more done, getting more resources for recreation management? How can we tackle challenges that different organizations and agencies can’t?’” said James DeSalvo, executive director of Methow Trails.

Methow Trails has been a key member of the collaborative, serving as “de facto fiscal sponsor,” and managing grants and property that the collaborative has acquired, including a cache of tools for trail work and a trailer to transport them, DeSalvo said.

The collaborative, with Methow Trails as sponsor, has obtained a federal grant to hire a trail supervisor for six months, and the time seemed right for the organization “to stand on its own two feet,” DeSalvo said. The collaborative members recently voted to begin the process of incorporating into a 501(c)3 nonprofit.

The trail manager position is expected to be hired in time to work with trail crews this spring and summer. A primary focus will be repairing trails on U.S. Forest Service land at Sun Mountain that were damaged during last summer’s Cedar Creek wildfire, DeSalvo said.

The Sun Mountain system includes trails groomed by Methow Trails for skiing and snowshoeing in winter, and trails that were built or improved in recent years by the Evergreen Mountain Bike Alliance (EMBA) for mountain biking and other uses.

EMBA’s Methow Valley chapter, a collaborative member, will work with the Forest Service to “rehab trails at Sun Mountain that were fire affected,” said chapter president Joe Brown. The work will be done with Forest Service funds and money raised by EMBA, which will hire a professional crew to work with the collaborative’s new trail manager as well as volunteers, Brown said.

“There are at least 12 miles of trails that will need significant work, and up to 20 miles that are going to need some work here and there fixing problems,” Brown said. Portions of a trail on Thompson Ridge, for example, were bulldozed for use as a fire line during the Cedar Creek fire last summer. Some parts of the trail were “completely obliterated” as a result, he said.

“The high burn severity areas at Sun Mountain are going to be a high priority, along with trails that function as a key corridor of the trail system — trails that connect trails to other trails,” Brown said. “Evergreen will be working under Methow Valley Ranger District guidance.”

EMBA will also work on another project that will improve about 30 miles of multi-use trails along Twisp River and north of Loup Loup summit, Brown said. The work will enhance trails in the areas of Lightning Creek, Blue Buck, Middle Fork of Beaver Creek, Bear Mountain and Starvation Mountain, he said.

Methow Valley EMBA has obtained a grant through the Forest Service for “deferred maintenance” on those trails. One objective of the project will be to relieve pressure on the popular Sun Mountain trails, Brown said.

“How do we disperse people further and mange use better across the landscape? So much attention has been paid to building out Sun Mountain that a lot of things haven’t been touched for a long time,” Brown said. The trails north of Loup Loup summit have historically been popular, but “haven’t received a lot of attention,” Brown said. “The grant will allow us to do this with a professional crew.” 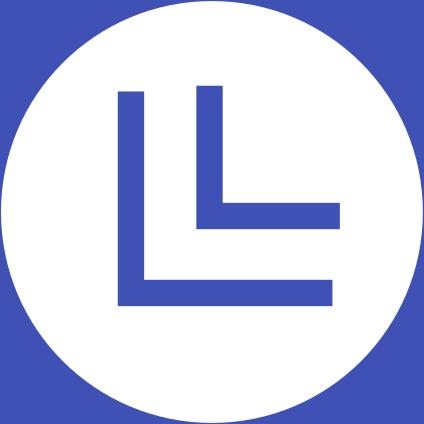 The crew will cut back vegetation and do tread and drainage work, but leave those trails “less built” than the more developed summer trails at Sun Mountain, Brown said. “”We’ll primarily use hand tools … keep trails narrow like they always have been,” he said.

The trails are open to a wide array of uses, including horseback riding, biking, hiking and motorized use in some areas. Organizations representing those users are expected to participate in the project, Brown said. “We’re actively coordinating with the Methow Valley Ranger District to partner with other organizations including Backcountry Horsemen and motorized user groups,” he said.

Work on the trail projects will begin as soon as the snow clears, Brown said. “The earlier we can get boots on the ground, it will buy us more time to hone in on what we can and can’t do for this year.”

In bringing together so many different groups involved in trail recreation, the Trails Collaborative has proved to be a great asset to the Methow Valley Ranger District, which is a member of the collaborative, said Chris Furr, district ranger.

“What a unique level of engagement we have here, with all the partner groups at the table as well as the land management agencies,” said Furr. “It’s just such a clearing house. It’s great for us to hear things collectively, rather than have all the conversations individually.”

Several organizations in the collaborative — such as EMBA, the Methow Valley Backcountry Horsemen and the Washington Trails Association —– provide hundreds of volunteer hours each year to help with trail maintenance in the Methow Valley Ranger District. The collaborative brings together those organizations and dozens of other trail user groups representing snowmobiling, backcountry skiing, commercial guides and outfitters, mountaineering, trail running, dirt biking and ATV clubs.

Agency and government partners include the Forest Service, Washington Department of Fish and Wildlife, Pearrygin Lake State Park, as well as the towns of Twisp and Winthrop, Okanogan County and local chambers of commerce.

The collaborative helped the Methow Valley Ranger District gain designation three years ago as one of 15 “priority areas” chosen to receive additional federal funding to address a backlog of trail maintenance in national forests. Among the criteria for selection was increasing the role of volunteers and partners in trail maintenance, and the collaborative advocated for funding for the Methow Valley.

“Being one of only 15 trail priority areas has brought resources to the district and will continue to have a long-term benefit for the district. The collaborative certainly had a big hand in that,” Furr said.

Becoming a nonprofit organization will open more opportunities for the Trails Collaborative to impact recreation in the Methow Valley, Furr said. “Leveraging government resources, they can seek solutions to valley-wide issues in a way that they haven’t been able to do. What they can do collectively might surpass what they’ve been able to do individually.”

The collaborative can help the ranger district shape “a shared vision of the future of trails here,” Furr said. “We have over 1,000 miles of trails. One of the things they can really help us do is determine what a sustainable trail system is. They can help us prioritize and achieve maintenance.”

The collaborative can also help by “facilitating difficult community conversations — such as motorized versus non-motorized trail uses,” Furr said.

In coming years, DeSalvo said, the Trails Collaborative will have a lot of work to accomplish in response to damage from wildfires. “One of the primary responses of the collaborative moving forward with trail work is how to clear dead and down trees,” he said. Collaborative members can also play an important role in helping plan trail systems that will be more resilient to future wildfires, Furr said.

The collaborative can also help develop creative solutions for “managing the growth of recreation that’s happening — the ballooning in our community that we’ve seen,” DeSalvo said. “Each agency can have a plan, but this is an organization that can look more broadly across the valley.”

To address the issue of overuse of popular trails, like those along the Highway 20 scenic corridor for example, the collaborative can help gather public input, Furr said. “Are there other opportunities for us to distribute some of that use? We’re only so effective as an agency in looking at this. If we bring in other perspectives, having that community voice is part of the problem solving.”

“We’re not driven by a single user type or season. That’s the beauty of the collaborative,” DeSalvo said. “It crosses jurisdictions, agencies, user groups. The intention is to bring people together to see where the alignments lie.”