Never Flush This One Common Thing Down the Toilet, Local Officials Warn

If you tend to treat your toilet like a liquid trash can, you might want to reevaluate. Not only can flushing foreign objects down your toilet lead to clogging and an urgent phone call to your local plumber, it can also have damaging effects on the environment and water supplies. And there's one item in particular you should never dispose of by flushing, even though clogging isn't the concern, according to local officials. And for more toilet tips, here's The One Thing You Should Never Do After You Flush, New Study Says.

Local officials say you should never flush your medicine down the toilet.

The Minnesota Pollution Control Agency has warned people to never flush medications down the toilet or drain because they end up getting into wastewater treatment systems, which are used to clean water. Not only are flushed medicines able to contaminate water, they can "unintentionally expose us to the chemicals in these medications," the agency notes.

New York State's Department of Environmental Conservation (DEC) has also issued a similar warning. The DEC warns that flushed drugs have more than one negative effect. These medications, which have been found in New York lakes, rivers, and streams, are unable to be filtered in wastewater treatment plants; they expose fish and aquatic wildlife to chemicals; and they allow drug-resistant bacteria to grow.

And for a medicine that puts your heart at risk, The FDA Warns This Medication Could Increase Your Risk of Heart Problems.

Flushing your medicine down the toilet has serious consequences on your drinking water and the environment.

According to a 2002 study by the Toxic Substances Hydrology Program of the U.S. Geological Survey (USGS), at least one chemical—either antibiotics, natural and synthetic hormones, insecticides, fire retardants, detergent metabolites, and plasticizers—was discovered in 80 percent of the 139 U.S. streams sampled.ae0fcc31ae342fd3a1346ebb1f342fcb 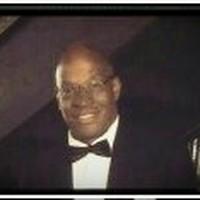 Sea Grant Illinois-Indiana warns that flushing medicine can have "unintended, negative consequences for public health and safety and for the environment" because a majority of the pharmaceutical chemicals make their way through treatment plants, septic systems, bodies of water, and drinking water. According to Sea Grant, low levels of chemicals that have been discovered include "antibiotics, antidepressants, steroids, seizure medications, cancer treatments, painkillers, tranquilizers."

And for a risk associated with one common medication, beware that If You Take This Medication, You're More Likely to Get a Blood Clot.

However, the FDA says some medicines should be flushed for other safety reasons.

Environmentalists say you should never flush medication, no matter what kind it is, but the U.S. Food & Drug Administration (FDA) says flushing medicine is appropriate in certain situations. The agency has a list of medications on their approved "flush list." Medicines on the list are "sought-after for their misuse and/or abuse potential" and "can result in death from one dose if inappropriately taken."

Some of the medications on the flush list are drugs that include the words fentanyl, buprenorphine, hydrocodone or benzhydrocodone, hydromorphone, meperidine, methadone, morphine, oxycodone, oxymorphone, and tapentadol—all of which contain opioids. Besides opioids, the list also includes sodium oxybate(s), diazepam rectal gel, and methylphenidate transdermal system.

And for more helpful info delivered to your inbox, sign up for our daily newsletter.

But the FDA recommends another method as the "best disposal option."

However, the FDA says the best disposal option for your medication always is to find a drug take back location. In fact, the Drug Enforcement Agency's (DEA) National Prescription Drug Take Back Day just passed on Apr. 24, but these locations always available.

"If a drug take-back program is not available, flushing medicines on the flush list helps keep everyone in your home safe by making sure these powerful and potentially dangerous medicines (when used inappropriately) are not accidentally or intentionally ingested, touched, misused, or abused," the FDA says.

And for more on risks certain medications pose, If You Take These 2 Medications, Talk to Your Doctor Now, New Study Says.