Most people don't think twice about going to the bathroom, but when you're going to space, a faulty toilet can be a critical issue — which is exactly the problem SpaceX Crew Dragon is fixing ahead of its weekend launch.

During the craft's Inspiration4 mission in September, the capsule alerted astronauts that the toilet wasn't working properly. The crew found that the problem had to do with the toilet's fan, which is essential in proper suction of human waste.

"There's a storage tank where the urine goes to be stored [and] there's a tube that came disconnected or came unglued," SpaceX head of mission assurance William Gerstenmaier told CNN. "That allowed urine essentially to not go into the storage tank, but essentially go into the fan system." 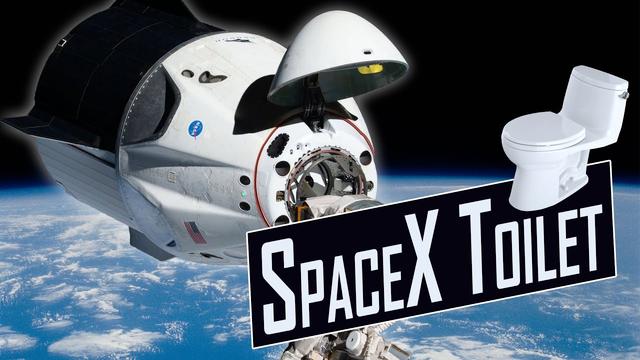 Related: SpaceX Will Make Elon Musk a Trillionaire, According to Predictions

Although the four astronauts didn't notice at the time, the SpaceX team later observed contaminated areas on the floor.

This particular capsule is still at the International Space Station and is set to return next month. Now, SpaceX crew are testing to make sure the leakage hasn't dangerously corroded the contaminated areas.

"We'll double-check things, we'll triple checks things, and we got a couple more samples we'll pull out of the chambers and inspect," Gerstenmaier added. "But we'll be ready to go and make sure the crew is safe to return."

For the capsule that's set to go to space on Sunday, the crew decided to weld the tube, rather than glue it. And though NASA has yet to approve the fix, officials from NASA and SpaceX remain confident this won't interfere with the forthcoming mission.