Going down the 'life experiences' path, after a previous share and related reminiscing on another thread about time in Quebec -

Gots to travel quite a bit on the various companies' dime throughout my career, neat to see how other folks carried on, but always good to finally get home where things were back to 'normal'.Grew an appreciation for those reportedly getting off the plane and kissing the ground of home.

Boss and I were early-birds, usually the first ones in the building by a half-hour or so.Not sure about his reasons, mine were that I'd rather put any needed extra time on the front-end of the day where could still quiz or snag night-shift guys if needed, rather than the back-end.

He leans in my office one morning - hey, fxpwt, gotta passport?Replied 'yes', before the caffeine fully kicked in to wonder why he'd even be asking that.D'Oh!

So, off to Quebec for a six-month rotating stint, basically taking pieces-parts from a shutdown plant up there to use at our plant of similar process.

Ended up being 83 semi-truckloads of stuff to take-apart, pack, and ship - learned way more than I cared to about trailers - flat-bed, drop-deck, double drop-deck, rack-n-tarp, box, etc. - needed for the various equipment, with regular calls to the trucking company to order the needs for the next day, and forecasts for the next week.Then there was the fun of scheduling the special rail-cars and related engines for the large oversized transformers which couldn't be trucked.

Had to fill out an invoice and a pro-forma thing for each truck crossing the border, listing the equipment and assigning the various codes and costs for the equipment shipped, then snapping a pic sent to the plant back home to correlate which was which being received.Goal being to start with the blanket bulk purchase price for all, and ratchet down the assigned value of each truckload such that the last truck leaving would leave a balance of zero.Was told that this was way easier than before NAFTA.Ugh.

De-construction manager liked to yank my chain and have five or more trucks loaded, queued up, and ready to hit the road by the time I got there, nothing like scrambling to get paperwork ready for a bunch of antsy truckers hollerin' a bunch of unfavorable sounding stuff in French.Didn't see none of the above in my job description of fixing broke stuff when I hired in... 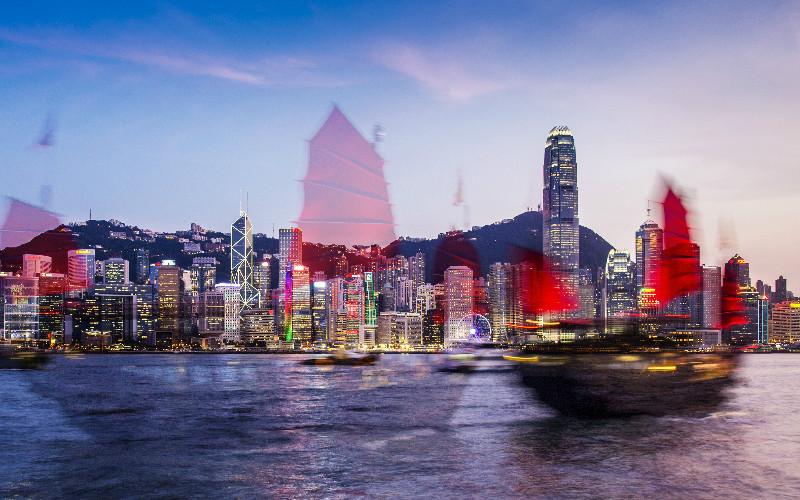 Interesting with the high-voltage breakers containing SF6 gas, apparently a nowhere near environmentally-friendly substance, with the accompanying regulations to boot.Not wanting to go through all that special paperwork, rationalized that the gas was an essential part of the breaker, and told the de-construction group to box the gas cylinder in with the breaker as a 'unit', which was then declared as '230kV breaker, complete' on the Customs forms. Fortunately, everything went right on through without a hitch.:-)

Thought it was weird, being in the middle of French Quebec and all, with town names such as Shipton, Danville, Warwick, Victoriaville, Sherbrooke and such - didn't sound very French to me.Of course, the town of Asbestos was true to its name, with a HUGE and deep hole in the ground from its former Johns-Manville quarry of the same substance.

The people were very friendly, once they understood I was American, and not from any part of the rest of English-speaking Canada, with whom they apparently carry a fair amount of distrust.Actually, was coached before I left for there, to always wear something identifying me as from the States - a US flag, American sports team attire, etc.

Language was an obstacle, but their English was better than my French, since Spanish was taken all-through high school.Where verbal language failed, some entertaining sign languages and gestures kicked in.

Interesting that the first month's rent was pretty much even - $1100 for 1100$, but the last month's rent, six months later, was $800 for 1100$.Eh, that's what they get for having that monopoly-looking paper money.Yeah, rent was high, but it did include all utilities and cable, as well as three-times per week housekeeping services - vacuum, sweep, trash, recycling, bed linens, dishes, etc.Nice being on the company dime!:-)

Summertime was kinda weird, highs only got up in the low-80s, but the daylight lasted til almost 11pm.No A/C needed, but geez, Louise - I would guess four out of five houses had an above-ground pool, and never saw so many motorcycles and convertibles running around, especially them weird cycles with the two wheels up front and single wheel in back, like a reverse trike - guessin' they get all they can out of their six weeks or two months' worth of summer.

Always flew from here into the Burlington VT airport, then rented a car from there - figure to be less peoples than going through Montreal.Freaky how the US radio stations suddenly dropped out, and the Canadian stations picked up within miles of the border.Always was easier getting into Canada than getting back into the US.One time going home, the US agent had everything out of the car, and I swear he was fixin' to start tearing seats and upholstery out, all while Quebec-tagged cars were just zipping right on through.How is this right?Perhaps the rental Mustang convertible with Florida tags raised suspicions with him, maybe they watched Miami Vice up there or something...

Along about 01 November, heard all this banging going on outside the apartment, people hammering long 6-foot (or whatever that is, in their 'meters') stakes in their yard along the street, and a couple folks were putting up temporary canvas garages.Was told the stakes were to guide the snowplows.One of the remaining guys at the plant said my car was illegal after 01 November, as tires had to have the snowflake on the sidewall, rated for winter.Said they didn't like when temps got up close to zero (that's 32 degF in real units), because that's when it snows - a lot, preferred the -20 temps and below.Brrrrrrrr!

Yeah, gettin' way past time to wrap this job up fast, quick, and in a hurry!