The Sunshine Coast Daily stated: "The man behind a $1.1 billion surf ranch and residential development says it can ultimately replace the now-defunct but once-popular Hyatt Coolum resort."

The Hyatt Coolum Resort was bought by Clive Palmer in 2011 but today it's a faded and dilapidated version of a luxury resort; weeds sprout from cracked concrete and the central swimming pool is reduced to a swamp.

Owners of villas in the resort, which has beachfront access and its own private golf course, last year told the New Daily they were hoodwinked by Palmer. 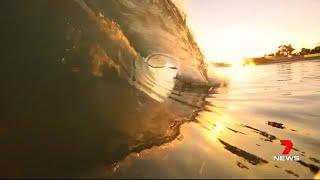 Meanwhile, Stark has gone on the offensive telling the media - in this case his own website - the project will rescue the local economy:

“We are facing a construction cliff – we are at risk of no new projects being approved or delivered on the Sunshine Coast which will have significant impact on the region."

“Local jobs are at risk, and the uncertainty created by COVID-19 means we do not know how long it will take for things to return to the way they were."

The project links the WSL with Consolidated Properties Group and Hutchinson Builders, the businesses who built the High Performance Centre (HPC) at Casuarina with associated residential housing. Stark, who was then at the helm of Surfing Australia, was the architect of that project. Surf Ranch Sunshine Coast replicates the HPC model - buying vacant land, sourcing investment for a sports facility while selling surrounding house and land packages - albeit with the WSL this time.

The proposed site is a 510 hectare parcel of wetland at Yandina Coolum Road. The WSL stated a, "shared commitment to unlocking this site’s benefits for the community".

Read more, including FAQs, at the website for Surf Ranch Sunshine Coast.