Swim instructor Symone Martin floated faceup in a backyard pool in Baldwin Hills one recent afternoon, the tang of wet concrete and chlorine perfuming the air as she modeled this summer’s most sought after skill in her flamingo pink one-piece.

“Head is what?” The instructor prompted.

“Looking up at the sun,” sisters Harmony and Melody Taylor, 10 and 8, sang back in chorus.

“And we’re breathing. What happens when we stop breathing?”

“We drown!” The happy voices cried.

Kids can swim again, but are they ready for that?

After more than a year out of the water, kids like the Taylors are seeking out swim lessons in record numbers this summer. Yet many of those most in need of lessons can’t get them, because public pools are competing with a flood of new backyard pools for an increasingly scarce resource: chlorine.

“It’s a fairness issue,” said Torrence Thomas, who runs the swim safety nonprofit Tankproof with his twin brother Thurman. “You can’t have pools without chlorine, and all the supplies are going to these [private] pools.”

The CDC lists not knowing how to swim as a top risk factor for drowning, which remains a leading cause of death for children under 15. Several states saw sharp increases during the pandemic, despite widespread pool and beach closures last year.

“The numbers are going up because kids don’t have access to quality swim instruction,” Thomas said.

The chlorine shortage has already shuttered public pools and cancelled swim lessons across the country, including many in sunny Los Angeles. Less than a month after they were cleared to reopen by the Department of Public Health, the majority of city-run pools in L.A. have had to close down for want of the chemical.

“The nationwide chlorine shortage has certainly affected the pools here,” Department of Recreation and Parks spokeswoman Rose Watson wrote in an email. “It has affected most of our pools across the city.”

The shortage started last August, when a fire sparked by Hurricane Laura destroyed the Louisiana chemical plant that makes most of the country’s chlorine tablets. As tablets grew scarce this spring, more private pool owners turned to liquid chlorine, pinching the supply to public facilities, which use liquid almost exclusively.

In L.A., public pools have had to supplement liquid with powder, which burns off faster, particularly under the bright California sun. As the mercury rises, the most popular pools must close more often, since more swimmers exhaust the chemical more quickly. And while backyard and apartment pools face many of the same problems, public pools are tested far more frequently, forcing many to close suddenly in the middle of the day.

“They have to be tested a certain number of times per day, and if you’re having trouble sourcing chlorine for your pool, once you get below that minimum level, you need to close down,” said Jerry Wallace, head of SwimChem in Sacramento and former chairman of the California Pool and Spa Association. “Residential pools aren’t regulated in that way.” 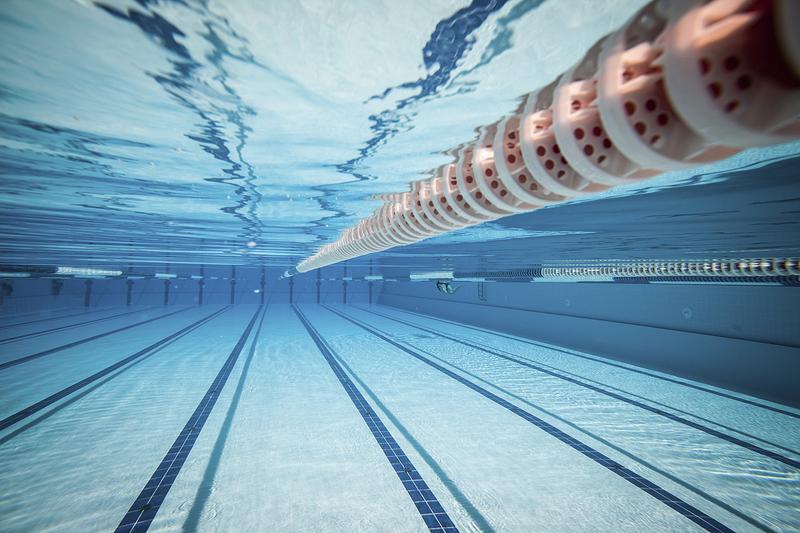 These rolling closures have further constrained the city’s swim safety classes, which were already operating at reduced capacity because of COVID-19. L.A.'s private swim schools are also taking fewer students this year, despite “a thousand percent” increase in demand — but most teach in backyard pools, like Martin, or in club pools with tightly limited access.

“Our pools aren’t open for recreational swim, where you’re inviting people in for goofball time,” said Jared Weston, director of SwimRight Academy Aquatics. “We have the ability to control the environment a lot more than a public pool would, since right now we’re just swim lessons, all day, every day.”

Weston and other experts say such lessons are urgently needed this year, as children who would have started last year mostly missed out, and those who took lessons in 2019 have either forgotten or outgrown the skills they’d gained two summers ago.

“Harmony is our little fish, she loves to be in the water, but her desire is greater than her skill,” said dad Sam Taylor, whose three youngest children— Harmony, 10, Melody, 8, and Sam III, aka Lucky, 2 — swim with Martin twice a week. “Lessons are super important. You’re in L.A., you’re gonna be in the water.”

The Pacific Ocean is right there. So why is Southern California so hot for swimming pools?

The backyard swimming pool went from Hollywood status symbol to suburban must-have to dubious during the drought. Meanwhile, racial segregation played out at public pools and in the courts.

In addition to its 75 miles of beaches, L.A. County is home to an estimated 250,000 backyard pools, just less than a quarter of the roughly 1.2 million in the state. L.A. Building and Safety, which permits pools, could not immediately say how many more were built in 2020 than in previous years, but industry experts estimate a 30% year-over-year increase nationally, and many California pool builders are already booked into 2022.

A small but growing number of new swimming pools use electrolytic chlorine generators to convert salt into chlorine. But L.A. is among several California counties that forbid such pools from draining into the sewer system, and they can cost significantly more to install and maintain, making them rare here.

For some, the rush of construction and the worsening chlorine shortage are unfortunate coincidences. But many others, especially Black swimmers like Martin and the Thomas brothers, see the closure of public pools amid a deluge of new demand from private ones as part of a decades-long trend.

“People were always looking for excuses to close pools,” Thomas said. “Now they have the best excuse ever — we don’t have the chlorine.”

Jeff Wiltse, author of “Contested Waters: A Social History of Swimming Pools in America,” and a leading expert on swimming pools and segregation, agreed.

The result, he said, is that drowning deaths increasingly cut along class lines, despite the unique history of segregation that leaves Black children at far greater risk of drowning than children of other races.

“There’s a lot of generational fear when it comes to swimming,” said Martin, the instructor, whose company Tri Heart Swim is dedicated to helping students from underserved communities feel empowered in the water. “Most [clients] had poor access to it. If they do know of pools in their city, they’re closed.”

Public pools are relatively scarce in California, and L.A. has long had far fewer public pools per capita than other sunny big cities such as Austin, Miami, Atlanta or New Orleans. Disrepair and neglect have caused still more to close in just the last decade, making the newly-renovated Algin Sutton pool in South L.A. a rare, $17-million exception to the rule.

“They keep promoting that it’s free, come swim, bring your kids,” said Denise Brady, a therapist and mother of two who lives just minutes from the pool. “But I don’t want them to be disappointed.”

That’s because Algin Sutton has already shut down multiple times since its June 24 ribbon cutting, due to the lack of chlorine.

“I just want to take my kids swimming,” the mom said. “Why is it so hard?”