Kenosha property owners installing outdoor swimming pools, hot tubs and spas in Kenosha could face stricter fencing requirements under a proposal that is in the preliminary stages of review.

Ald. Rollin Pizzala went before the city Plan Commission on Thursday and presented a draft zoning ordinance he is sponsoring, calling for stricter fencing requirements.

“So many times, we go through life and there are dangers right in front of us,” Pizzala said. “Kids are creative nowadays. Do we want to wait for someone to die before we do something preventative?”

There are current city requirements in place for fencing around pools and hot tubs. Property owners installing walls of at least 4 feet in height are exempt from those requirements.

Pizzala’s proposal would set a new specific threshold on fencing — 6 feet in height — and place greater limitations on the exemption. Property owners would not have to install a fence around pools or hot tubs if walls are at least 5 feet in height, under the proposal.

If the changes are implemented, City Administrator John Morrissey said there would be a grandfather provision in place for anyone with existing pools and hot tubs in place. 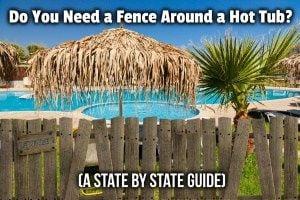 Morrissey said the city’s inspection department would not actively seek out offenders. Instead, investigations would occur on a complaint-based basis.

“If there is a complaint, (the property owner) is going to have to prove it was grandfathered,” Morrissey said.

Pizzala’s presentation came during the commission’s meeting Thurday night, the first of multiple steps for the proposed zoning ordinance’s review. Commissioners gave resounding support and advanced it to the next phase of a public hearing in a month.

The City Council’s Public Safety and Welfare Committee will also have a review of the document before it goes before the full City Council in coming months.

In other business, the commission:

Gave preliminary approval to drive-through modifications to Culver’s locations at 5220 Green Bay Road and 8124 Sheridan Road. Restaurant officials are seeking authority to increase drive-through service from one to two lanes at each eatery, citing increased demand for the feature since COVID-19 precautions took hold nearly 18 months ago. Commissioners will hold a second, and final, review of the proposal and hold a public hearing in a month.

Took no action on a request to open a salon out of the first floor of a home at 6402 Sheridan Road. A zoning amendment is required for the proposal to move forward. There was no representatives on hand at the meeting.

* I understand and agree that registration on or use of this site constitutes agreement to its user agreement and privacy policy.
Prev Next