Dear men, here are 14 things that will make you infertile

Male fertility can be somewhat a delicate debate. Statistics show that men with this condition make up about 10 to 15 per cent of the total number of male infertility cases globally and that the proportion of couples with male fertility issues in developing nations has risen from about 30 to 40 per cent in the past decade.

There several factors behind the rising numbers - lifestyle being the major culprit.

-A man is considered to be infertile if he has not been able to impregnate a fertile woman after a year of unprotected sex.

- Infertility is caused by low sperm production, abnormal sperm function, or blockages that prevent the delivery of sperm.

-Men can suffer from azoospermia, where the ejaculate contains no sperm. A lot of the time, however, this is treatable.

Other than inability to impregnate a fertile woman, there are other tell-tale signs to watch out for:

How sperm is determined to be healthy

Motility: This refers to how well and fast sperm is able to move to the woman’s egg, their ability to swim. It is measured by the amount of moving sperm in a sample, which should be about 50 per cent.

Size and shape (sperm morphology): Sperm with a normal structure have oval heads and long tails. Sperm use these tails to “swim” to the egg

1.Age – The older a man is, the lower his sperm count and quality of sperm is likely to be.

2.Sexually Transmitted Infections – These can cause scarring in the reproductive system or compromise sperm production and quality.

3.Undescended testicles – Where one or both testes fail to descend from the abdomen into the scrotum at birth. Men who have had this condition are more susceptible to infertility. 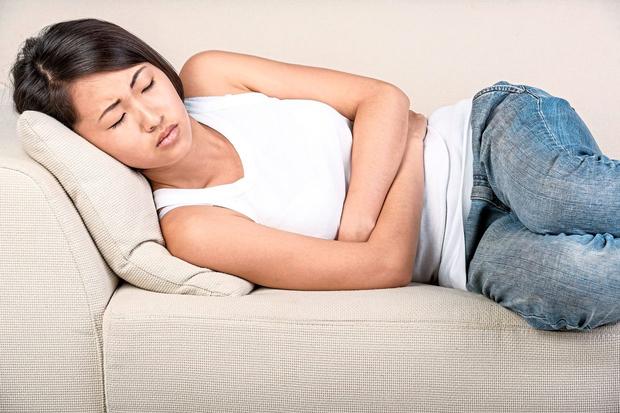 4.Smoking, excessive intake of alcohol and substance abuse, including marijuana.

6. Weight – Being overweight can cause hormonal disturbances. In addition, sperm are heat-sensitive, so extra fat in the abdomen can raise temperatures inside the scrotum, impeding production of sperm.

7.Frequent dips in saunas and hot tubs – Research has shown that men who regularly do this have less sperm and sperm of lower quality, due to the temperatures in the scrotum being raised.

8.Varicocele – This is an enlargement of the veins inside the scrotum, the skin that holds the testicles. 15 out of every 100 males have a varicocele. It usually causes no problems and the cause is unknown, but infertility as a result of a varicocele is easily reversible.

9. Infections – These could be in the testicle, the prostate or elsewhere in the body that causes a fever

12. Medication – Some antibiotics, such as penicillin and tetracycline have been shown to suppress sperm production.

13. Diet: Soy products and lack of a balanced diet can affect sperm production and quality.

14. Profession:Men whose jobs involve regular contact with environmental toxins or poisons such as pesticides, insecticides, lead, radiation, or heavy metals are at a higher risk of infertility.

1.Protect the testicles from too much exposure to excessive heat: Testicles are located outside the body to avoid excessive body heat, which is detrimental to sperm production. It is therefore advisable to avoid very tight clothing, take breaks between dipping yourself in hot baths, avoid placing laptops on your lap, avoid sitting too long in cushioned seats and lose weight.

2. Exercise: Studies show that men who exercise at least 30 minutes five days in a week have higher testosterone levels and better sperm quality than men who do not. However, moderation is key as too much exercise has been shown to have the opposite effect. Exercise also helps to maintain a healthy immune system, which wards off infections and inflammations that may hamper sperm production.

3.Diet: Low levels of vitamin C and zinc can cause sperm to clump together, reducing sperm count. A balanced diet rich in fresh fruits, vegetables, whole grains and legumes helps with this.

4.Avoid steroids: Anabolic steroids or performance-enhancing drugs can cause the testicles to shrink and drastically reduce production of testosterone.

6.See a doctor: Some cases of male infertility can be treated through surgery and other medical interventions.