The Tennessee mansion Reba McEntire once called home can now be reserved for weddings and other private events. The country superstar bought the impressive lake-side manor with ex-husband, Narvel Blackstock, in 1989. But following their 2015 divorce, they sold it for $5 million and new owners have since turned it into an event venue.

Cherokee Dock is available for events or nightly rentals at over $5,500

Now called the Estate at Cherokee Dock, McEntire’s former mansion is an extravagant event venue perfect for weddings and other lavish parties.

The website boasts: “Originally built in 1960, a nearly 13,000 sq. ft. Southern Colonial mansion sits at the center of the sprawling property. It is most widely recognized as the former home of award-winning artist, actor, and author Reba McEntire. In 2017, Cherokee Dock opened its doors as an event venue.” 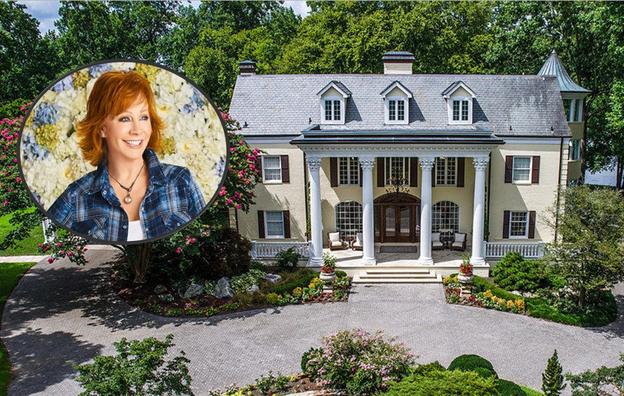 Outside, there’s a guitar-shaped, saltwater pool, a hot tub, and a plethora of other luxuries. Plus, guests get the unique experience of spending time in a place McEntire once called home. The estate is listed on VRBO for $5,500 a night for the main house, pool, and pool house before tax and fees.

In McEntire’s autobiography, Reba: My Story, she wrote about her decision to buy the mansion with Blackstock when they were still relatively early in their romantic relationship. Following both their first divorces, they began a “growth process” that led to them dating and eventually becoming engaged.

According to her, they were talking about buying a home together in January of 1989. She recalled asking her hairdresser to assist in the hunt, figuring “hairdressers knew everyone and everything that was happening.”

With a local stylist on the case, it took only about half an hour to find the mansion just outside Nashville. McEntire and Blackstock drove out to see the place that same day and agreed to make it theirs.

Though the house was “impressive” at first sight, it needed some major renovations to suit the combined taste of the betrothed couple. And she said they “argued through it all,” sometimes shouting at each other on public sidewalks. Of course, they compromised and navigated all the up and downs of renovating.

“The divorce was not my idea. I didn’t want it in any shape, form or fashion,” she told CMT following the end of the marriage. “So it was really hard to make the adjustment when someone’s not happy. I just want everybody to be happy in their lives, because our lives are too short to be miserable.”

In September 2016, the former couple listed their one-time dream home for $7.9 million. But it stayed on the market until July of 2017 when it sold for $5 million per Celebrity Net Worth.

RELATED: ‘Supermarket Tabloid’ Stories About Reba McEntire Inspired Her to Write Her Book