Hot Tub Boats are now a thing in the United States

The eponymous company is currently offering the boats for rent out in Seattle. Groups of up to six people can rent one out and float along the 580-acre Lake Union in the middle of downtown. A two-hour rental will cost you $350, which isn't so bad if split evenly among all those present. An important note: at least one of the participants has to have a valid driver's license to navigate.

A bit about the vessel: an electric motor will keep it moving, coupled with an onboard diesel heater which will steady the water temperature at a cozy 104 degrees Fahrenheit. You can move around—maximum speed: 5 miles per hours—using a joystick. As for cleanliness: the staff will fully drain and sanitize the crafts after each use. 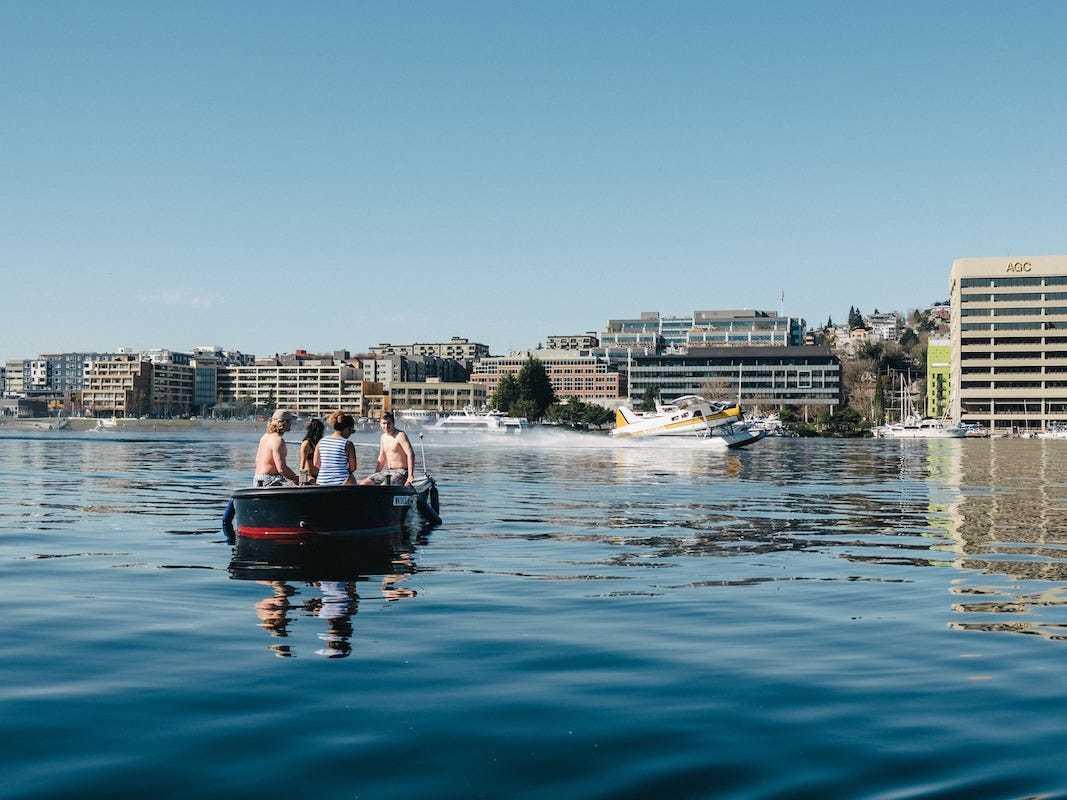 We should note that this isn't an entirely new invention. The part-hot-tub-part-boat first hit the market back in 2012 but, of course, given the current status quo, folks have been expressing renewed interest in the socially-distanced activity.

A total of two vessels are already in use, with a third one almost complete and—according to Business Insider—one more set to hit the water starting next summer.

Can't get to Seattle any time soon but really craving a hot tub moment while floating on a larger body of water? Worry not: for $75,000, you can order your own custom-built craft.

Most popular on Time Out

- The last Blockbuster in the world is now on Airbnb- According to a new study, it's actually pretty hard to catch COVID-19 on a plane- Get paid $20,000 (plus free beer and gear) to hike the Appalachian Trail next year- This map highlights some pretty weird town names across each state- A new study shows a 1,210% increase in Americans giving up their citizenship