Physical activity may paradoxically hasten the build-up of calcium deposits (plaque) in the coronary arteries, the amount of which is used to assess future cardiovascular disease risk, finds research published online in the journal Heart.

But the findings don’t outweigh the numerous health benefits of exercise, emphasise the researchers.

The coronary artery calcium score, or CAC score for short, is used to guide treatment to ward off a heart attack or stroke. Statins are indicated for most people with a CAC score of 100 or above.

Regular physical activity is associated with a dose-dependent reduction in the risk of obesity, diabetes, heart attack/stroke, and death, among other things.

But the research shows that despite these important health benefits people who are very physically active seem to have high levels of calcium deposits in their coronary arteries. So it’s not clear if exercise may itself be associated with calcification (artery hardening).

In a bid to explore this further, the researchers studied healthy adults who underwent regular comprehensive check-ups at two major health centres in Seoul and Suwon, South Korea, between March 2011 and December 2017, as part of the Kangbuk Samsung Health Study.

At each health check, participants filled out a questionnaire, which included questions on medical and family history, lifestyle and educational attainment.Weight (BMI), blood pressure, and blood fats were also assessed.

Physical activity was formally categorised at the first check-up as either inactive, moderately active, or ‘health-enhancing’ (intensely) physically active, using a validated questionnaire.

Scans tracked the development and/or progression of coronary artery calcification which was then scored (CAC score) over an average period of 3 years.

Those who were more physically active tended to be older and less likely to smoke than less physically active participants. They also had lower total cholesterol, more high blood pressure, and existing evidence of calcium deposits in their coronary arteries.

A graded association between physical activity level and the prevalence and progression of coronary artery calcification emerged over time, irrespective of CAC scores at the start of the monitoring period.

The estimated adjusted average CAC scores in all three groups at the start of the monitoring period were 9.45, 10.20, and 12.04, respectively.

But higher physical activity was associated with faster progression of CAC scores both in those with no calcium deposits and in those who already had a CAC score at the start of the monitoring period. 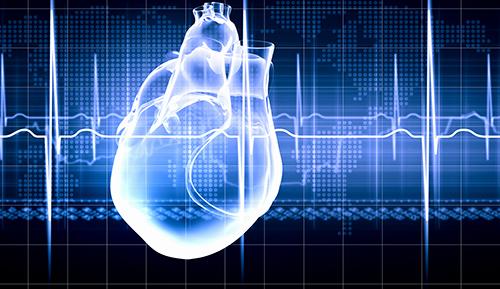 Compared with those who were inactive, the estimated adjusted 5-year average increases in CAC scores in moderately and intensely active participants were 3.20 and 8.16, respectively, even after accounting for potentially influential factors, including BMI, blood pressure, and blood fats.

This is an observational study, and as such, can’t establish cause. The researchers also acknowledge several study limitations, including the absence of an objective assessment of physical activity; and no data on incident heart attacks/stroke or on CAC density or volume.

Physical activity may increase coronary atherosclerosis (artery narrowing) through mechanical stress and vessel wall injury and through the physiological responses it prompts, such as increases in blood pressure and parathyroid hormone, they explain. Physical activity may also modify the effect of diet, vitamins, and minerals, they suggest.

“The second possibility is that physical activity may increase CAC scores without increasing [cardiovascular disease] risk,” they write.

“Patients and physicians, however, need to consider that engaging in physical activity may accelerate the progression of coronary calcium, possibly due to plaque healing, stabilisation and calcification,” they conclude.

In a linked editorial, Drs Gaurav Gulsin and Alastair James Moss, of the Department of Cardiovascular Science, University of Leicester, ask: “Do these findings mean that we should stop using coronary artery calcium scores to assess coronary artery disease?”

The study highlights the complexity of interpreting CAC scores in patients who have upped their physical activity or started taking statins - also associated with higher scores, they point out.

“While proponents would argue that it is an effective tool to screen for subclinical atherosclerosis in asymptomatic individuals, clinicians should be cautious regarding the overuse of this test in otherwise healthy individuals,” they caution.

In a linked podcast, Dr Moss explains that non-calcified plaque, which is more unstable and more likely to rupture, may be more important and should be scored to assess a person’s future risk of a heart attack or stroke.

“It may be the target we need to look for is non-calcified plaque rather than calcified plaque,” he suggests. This wasn’t visible on the scans used in this study.

“Increasing rates of coronary artery calcification is a phenomenon that is observed both in response to effective treatment like statin therapy and exercise. But it shouldn’t necessarily be regarded that serial imaging with calcium scans is the best way to accurately assess [cardiovascular disease] risk in these individuals.

But he reiterates: “Clearly, exercise is one of the best ways of trying to control cardiovascular risk in [people without symptoms].”[Ends]20/09/21