What having solar panels really means for your wallet

Everything you’ve read about the energy crisis is true: power costs are rocketing, with energy price cap rises adding an average of £700 to annual household bills. Add to that rising inflation, tax hikes and stagnating wages, and we’ve got less an income squeeze and more a full-body crush.

Could now be the time we finally look beyond the eyesore and install solar panels? Forget pretty pantiles and thatching, these new recruits win no beauty contests – but with the promise of cutting energy bills and generating income, their popularity is now, if you’ll forgive the pun, through the roof.

Such is the demand for solar panel systems that suppliers are hiring additional teams to cope with their growing waiting lists. “It’s an obvious way to safeguard your financial future,” says Charlotte Churchward, of Neutral Energy Solutions. “And solar panel systems can easily be retrofitted, even onto the oldest of houses.” 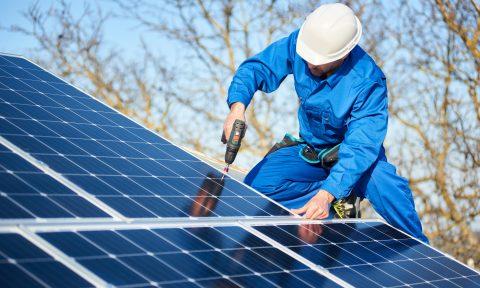 Here’s everything else you need to know...

You don’t need to live in sunny Cornwall

It’s a myth that only those in the temperate South or South West can benefit from solar panels; the output potential is lower in the north of Scotland, but not appreciably. “Unless you have batteries, you’re never going to be able to use all the electricity you generate, as it only works while the sun is up,” Churchward says. “If you live in the north of Scotland, I’d definitely get a battery.”

According to renewable energy guide The Eco Experts, they help you to use up to 30 per cent more of the energy you generate; they do, however, increase the cost of the system by at around £4,500. “It’ll take you longer to pay back your upfront costs, but you will save more in the long run,” Churchward adds.

They’re much cheaper than they used to be

The days of government grants offering free solar panels are gone, sadly – but costs have plummeted. Systems are now 70 per cent less expensive than they were back in 2010, and the Government’s Smart Export Guarantee (SEG) enables homeowners to sell energy back to the National Grid. “You can break even in around 11 years, and then you’re in profit,” explains Josh Jackman of The Eco Experts.

For those who work from home, or use large amounts of electricity running power tools, heat lamps or hot tubs, the savings are particularly acute, Churchward says, although all of us can benefit. “It’s liberating not to be subject to fluctuating energy costs. Plus, you’ll be doing your bit for the environment.”