Why You Should Be Concerned About the Chlorine Shortage

There’s nothing better than jumping in the swimming pool to cool off on a hot summer day. But this summer, it isn’t that easy.

A shortage of chlorine — in particular chlorine tablets — is raising the prices for homeowners who must maintain their pools. And in some communities, local pools are being forced to close, at least intermittently, due to the lack of supplies.

Pools need a regular addition of chlorine to kill algae spores, bacteria, small insects and other harmful microorganisms. Tablets offer a simple way to add chlorine because they are premeasured and dissolve over time.

But in August 2020, Hurricane Laura sparked a fire that destroyed BioLab, a chemical plant in Louisiana that produces much of the supply of chlorine tablets in the United States. While it’s being rebuilt, the plant isn’t expected to reopen until 2022.

Goodbye, Seafood? Inflation and Shortages Have Restaurants Taking Items Off the MenuRead More: Costco Customers Cannot Get This Staple Item

That’s left homeowners and pool-maintenance companies to scurry for supplies this year, and those who can find the tablets are paying higher prices. The website of home improvement guru Bob Vila reports that a homeowner typically will use a 50-pound bucket of tablets per season and pay between $75 and $85 for it. But this August, shoppers can expect to pay twice that amount for half the supply. On its website, Walmart currently is selling a 25-pound container for $158. On Amazon, a 35-pound tub from the same manufacturer costs $171.36.

The prices also have been driven up by increased demand, fueled by the coronavirus pandemic. A report from Goldman Sachs released in April 2021 said about 96,000 pools were built last year in the U.S., with an estimated 110,000 expected to be constructed this year.

Good News: As Americans Prepare for Higher Inflation, Food and Gas Prices May Soon FallFind: The Effect of Consumer Spending on Inflation 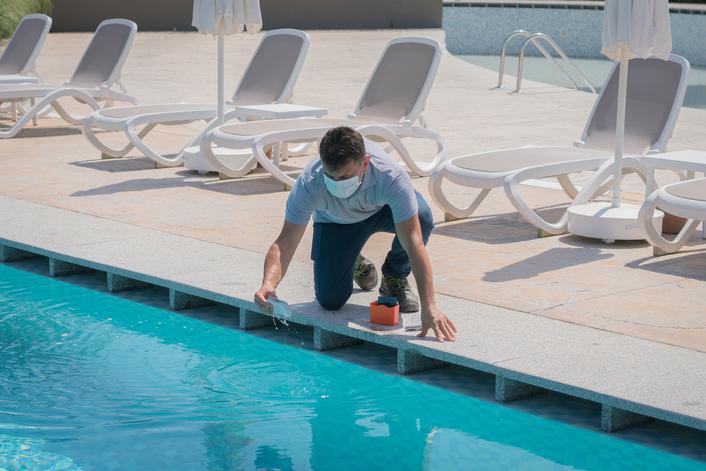 For owners who hire a professional to service their pools, they’re seeing higher bills, too.

A survey from Service Industry News said monthly pool service in 2019 cost an average of $120 a month. This year, that service costs 31% more in some areas.

Options exist for pool owners who can’t find tablets or don’t want to pay the higher prices this summer. That includes using liquid chlorine, although the switch to that has lessened the supply for the public pools that use it.

In some cities, that has wreaked havoc on access to public pools. Los Angeles and San Diego counties, the two largest in California by population, are among those that have had to shut down some municipal pools. That has taken away the ability for residents to cool off on hot summer days, for kids to splash around and be kids and, more importantly, called off swimming lessons for those who need the potentially life-saving training.

With pools shut down and swimming lessons called off last summer due to the pandemic, parents signed their children up in droves this summer, only for lessons to be interrupted at times again, the Los Angeles Times reported.

Even some YMCA locations in Southern California have had to temporarily shutter their pools, the Los Angeles Times added.

Costs: How Well Do You Know How Much These Common Items Cost in the US?

Hopefully, the problem will be solved by next summer. In June, Louisiana Gov. John Bel Edwards and Jeff Schmitt, the COO of BioLab’s parent company, announced a $170 million investment in a state-of-the-art chlorine production lab in Westlake, Louisiana, on the site of the hurricane-destroyed plant.

“We are proud to bring a new state-of-the-art facility to Westlake, to bring back great opportunities for our people, and deliver the pool cleaning products that are in high demand,” Schmitt said. “For anyone in any manufacturing industry, Hurricane Laura was the level of disaster you plan for and pray never happens. But if it does, you want your team to respond exactly the way ours did. They worked to secure the site and then get it ready to bring us back better than we were before.”

This article originally appeared on GOBankingRates.com: Why You Should Be Concerned About the Chlorine Shortage