Africa’s Position on Russia-Ukraine Crisis at UN: Significance and Implications

Russia’s military invasion into the territory of the former Soviet republic of Ukraine was the main theme on the agenda for deliberation held on March 3 at the United Nations General Assembly.

After the heated debates and discussions, the UN General Assembly overwhelmingly adopted a resolution demanding that Russia immediately end its military operations in Ukraine.

According to reports, the Assembly had all 193 UN Member States in attendance. A total of 141 countries voted in favour of the resolution, which reaffirms Ukrainian sovereignty, independence and territorial integrity.

The Assembly President Abdulla Shahid struggled to read the results of the vote as ambassadors began applauding, and then standing up, as he started speaking.

The resolution demands that Russia “immediately, completely and unconditionally withdraw all of its military forces from the territory of Ukraine within its internationally recognized borders.”

It was sponsored by more than 90 countries and needed a two-thirds majority in the Assembly to pass. Five countries – Belarus, the Democratic People’s Republic of Korea (more commonly known as North Korea) Eritrea, Russia and Syria – voted against it, while 35 abstained.

The voting capped off a rare special emergency session of the General Assembly that began the previous day during which countries took to the podium to declare their positions on the crisis, now entering a second week.

African representatives and their votes was considered very interesting. Some 17 African countries abstained from the vote at the UN General Assembly to deplore the Russian invasion of Ukraine while some other 28 countries in the continent voted in favour. 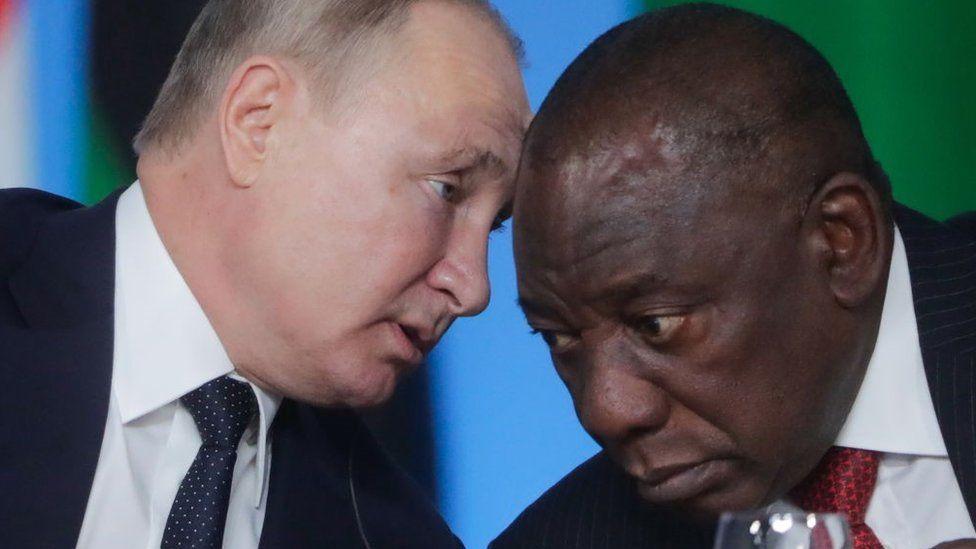 Eritrea was the only African country that voted against the resolution.

Burkina Faso, Cameroon, Guinea Bissau, Ethiopia, Eswatini were not in the room. Uganda said it abstained from the vote to uphold “neutrality” as the incoming chair of the Non-Aligned Movement (NAM).

NAM is a forum made up of 120 developing countries to assert their independence from the competing claims of the two superpowers.

In a tweet, Uganda’s Permanent Representative to the United Nations, Adonia Ayebare, said the country would “continue to play a constructive role in the maintenance of peace and security both regionally and globally.

Shahid said the resolution reflected the international community’s grave concern about the situation in Ukraine. “I join Member States in expressing concern about ‘reports of attacks on civilian facilities such as residences, schools and hospitals, and of civilian casualties, including women, older persons, persons with disabilities, and children’,” he said, citing the text.

UN Secretary-General António Guterres stated he was duty bound to stand by the resolution and be guided by its call. “The message of the General Assembly is loud and clear: End hostilities in Ukraine now. Silence the guns now. Open the door to dialogue and diplomacy now.”

He stressed the need to act quickly as the situation in Ukraine threatens to get much worse, adding “the ticking clock is a time bomb.” A humanitarian appeal has been met with record generosity which will allow for a scale-up in the delivery of vital assistance, including medical and health supplies, as well as food, water and protection.

“Looking ahead, I will continue to do everything in my power to contribute to an immediate cessation of hostilities and urgent negotiations for peace,” Guterres said, adding “People in Ukraine desperately need peace. And people around the world demand it.”