The water feature, the team said, was longer and wider than a modern Olympic swimming pool, making it one of the largest sacred pools in the whole of the ancient Mediterranean.

Professor Nigro said: “It could not have served as a harbour, as it was not connected to the sea. Instead, it was fed by natural springs.” 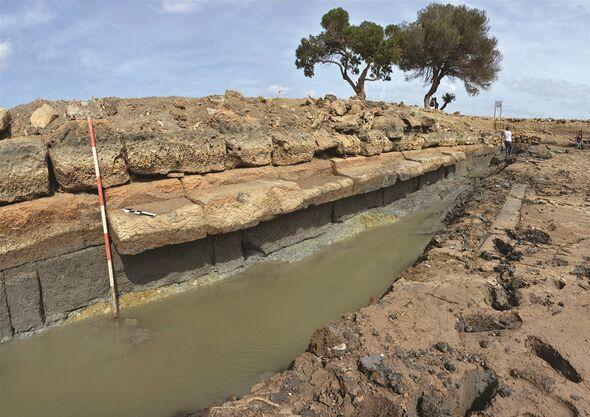 In addition to the temple of Ba’al that had been previously identified, the team found that the pool was actually at the heart of a much larger religious sanctuary.

The edges of the pool were flanked with various other temples, in and around which were unearthed altars, inscribed stones known as stelae, evidence of votive offering at a pedestal located in the centre of the water feature that once held a statue of Ba’al.

Together, the experts said, these features confirm that the “Kothon” was not a harbour, but a sacred pool within one of the pre-Classical Mediterranean’s largest cultic complexes.