Badger Bates: ‘I feel like I’m very lucky, even though I’m no millionaire’

After the floods, the Barka (Darling River) looks “beautiful” again, says Barkandji artist William “Badger” Bates. So recognisable with his bush hat and grey moustache, the 74-year-old has dedicated his artistic life to saving the Barka. Following years of prolonged drought and the ongoing allocation of thousands of gigalitres of water to irrigation in the Murray-Darling basin, “you wouldn’t think it was the same river,” he says. But given the floods’ trail of death and destruction, “we did not win – everyone got flooded out.”

Born in the town of Wilcannia in north-western New South Wales, Bates was raised on the Barka by his grandmother Annie – a revered matriarch known as Grannie Moysey – and his mother Emily. Together with his older brother, they all lived on the river in a small pair of corrugated tin huts.

His newest work, the five-metre-long steel “Ngatji”, or rainbow serpent, recalls a Dreaming story his grandmother told him as a child: the Ngatji lives in the water at Wilcannia, “creating the land and everything”, and summons the rain. The Ngatji is not to be disturbed when sleeping, explains Bates, so certain Barka river spots are off-limits for swimming.

His Ngatji currently stands near the entrance to the Cutaway at Barangaroo, as part of this year’s Sydney biennale. One of several artworks by Bates in the ecologically themed biennale, this year titled “rīvus” (“stream” in Latin), the sculpture was produced in collaboration with blacksmith Matt Mewburn, using an oxy torch to burnish the rainbow colours within its curves.

Nicknamed Badger after a classroom storybook character encountered when he attended a Catholic mission school “now and then”, Bates has two gods: the Ngatji and Jesus Christ.

“I feel like I’m very lucky, even though I’ve got no money and I’m no millionaire, but I got two cultures: the whitefellas’ culture, because of Dad, and the blackfellas’ culture, because of Mum,” he says. “My dad was a white man, who fought in the second world war for this country, so we’d all be free, and my mum was Black, but they couldn’t marry because back in them days, it wasn’t allowed.”

Growing up, the family would have to “outsmart” government officials “coming to take the kids away and bring them to Sydney”, Bates recalls, so the “fair-skinned” boy would be sent hundreds of kilometres away in a geographic “triangle” to avoid being caught. When “the welfare” came to Wilcannia, Bates’s family would send him north-east to Bourke; when officers arrived in Bourke, “they’d nip me [south] to Cobar”.

Grannie Moysey taught Bates to carve emu eggs and boomerangs; he would thread the needle for her as she sewed patched quilts, even as she was going blind. And throughout that time, the Barka was a “supermarket” that fed his people with yabbies, shrimps, fish and turtles. The old river red gums had grubs in the roots. These days, Bates notes, when the river is up, crime goes down. 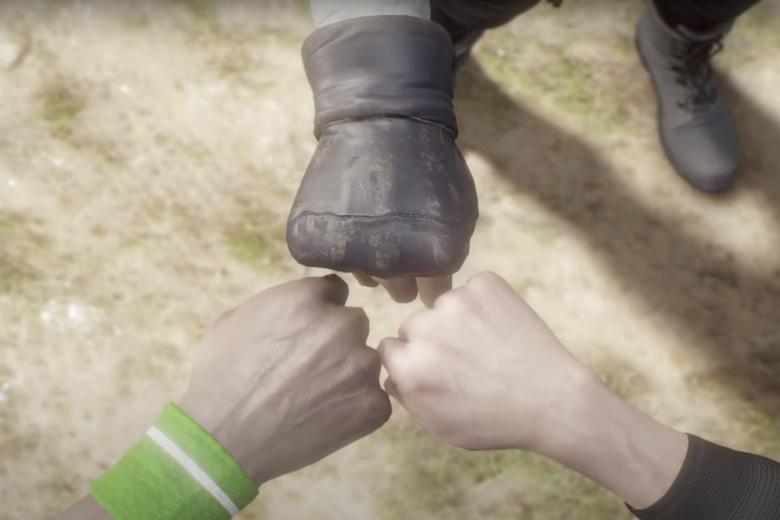 “The tourists come through, the fish are biting, and the kids will go and catch the fish and sell it to the tourists,” he says. “But when the river’s down, those kids, they don’t wanna talk to no one, because there’s nothing, you know?”

Well before the floods, management of the Murray-Darling has been a source of bitter division and conjecture, and not just from traditional landowners. Last month, NSW parliament crossbenchers labelled the state government’s issuing of flood plain harvesting licences an “act of bastardry”. Water from flooded plains in the Murray-Darling is diverted into dams for food and fibre production, in a region that accounts for 91% of Australia’s cotton growing land mass.

For the past 37 years, Bates has lived and made his art in Broken Hill in far western New South Wales. He calls the cotton growers irrigating the water “greedy”.

“When they do flood plain harvest … they’re going out and stopping water and the plankton and the other stuff coming into the river, to feed the animals, and they’re killing it like that,” he says. “If we call my heart the Barka, all them other little things are going to feed into my heart [but] if one of those veins muck up, and they don’t unclog it, I’ll die.”

In 2015, the Barkandji won the largest native title claim in NSW history. But still to this day, his people do not have cultural water rights, despite their name originating with the river.

In 2018 and 2019, scores of fish washed up at Menindee Lakes, on the Barka. Most locals believed the fish kills were the direct result of the government’s decision to empty the lakes in the years before. The water was sent downstream to other storages, leaving almost no water for flows during what would become a prolonged drought. A 2019 study found about 2,000 gigalitres of water had been used for cotton crops in the northern Murray Darling basin in the previous 12 months; less than 11 gigalitres made it downstream to Wilcannia.

“It was all due to poor water management,” says Bates now. “They ran amok with their management. The government killed the fish, they stirred the algae up, because they wouldn’t let the water through. And that’s what done it. Because at Wilcannia, the week before that, they had rain there, and they had big cod at Wilcannia, and none of them died.”

When we meet, just after the floods, the Barka is “just so beautiful”, says Bates. “But again, we did not win.” He senses the forces of the creator at work, in tandem with the man-made climate crisis, causing unintended misery by bringing the heavy rains.

“When the Barka was dry, I’d say, ‘Don’t worry, the Ngatji will look after it; we will get water, it will make it rain’, you know? And people used to laugh at me.” He motions towards his Ngatji sculpture: “Look, you can laugh at me, and it might be a piece of steel, but it’s my mother. This is the creator; it will do it.

“And it’s just a pity it made it rain. To me, the Ngatji done it. And I know it’s climate change and all that, but it’s a pity that everyone, the innocent people, is getting punished over the greedy people and getting flooded out. No one wanted that.”