A fatberg which caused a sewage overflow in New Plymouth recently has highlighted problems caused by residents pouring cooking fat down the kitchen sink.

The fatberg blocked a pipe in Marfell, causing a sewage to overflow at Oawai St, while another fat-ball the size of a large school bag appeared unexpectedly at the Wastewater Treatment Plant.

Three Waters manager Mark Hall said fatbergs formed in pipes when fat from cooked meat was washed down the sink, cooled, and built up in the network.

Along the way it also collected random items flushed into the wastewater system, such as clothes pegs, wet-wipes and tampons.

"The last thing we want is sewage overflows as they contaminate the soil and streams, and you might not be able to swim or collect kai for a while. It also costs money to remove the blockage and clean up the site," Hall said.

"We look after 631 kilometres of wastewater pipes serving nearly 26,000 properties so it's better to prevent fat build-ups in the first place." 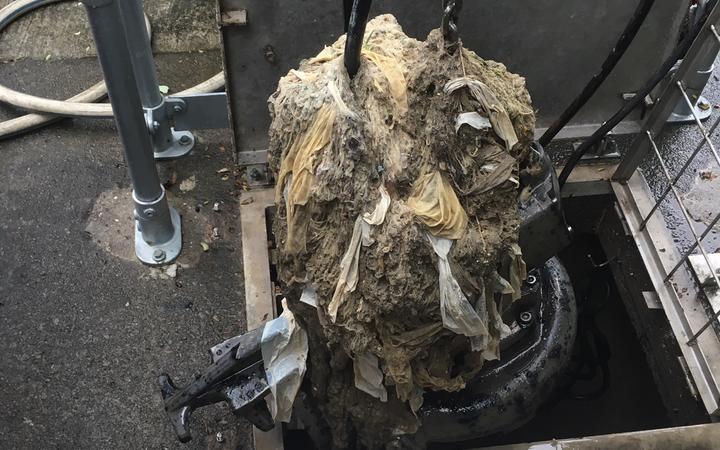 There were some easy tips residents could follow to prevent fatbergs forming, Hall said.

Before washing plates and roasting pans, scrape any cooking fat onto newspaper and pop it in your council-supplied food scraps bin.

Flush only the 3 Ps: pee, poo and paper. Other items - such as wet-wipes, tampons, nappies and rags - go in the red landfill bin.

Every new parent that Plunket sees will receive 3Ps information from the council along with a reusable wet-wipe - just wipe, wash, and reuse!

Hall said it was expected about 600 new parents over the next 12 months would receive a reusable wet-wipe through the initiative.

On top of emergency responses to wastewater overflows and similar incidents, NPDC is spending $248 million during the next 10 years to fix its ageing three waters networks.