The family of a man left with "catastrophic brain damage " after being poisoned by toxic gas from a drain unblocker is suing the company who made it for millions.

Adeniyi Ayannuga, 58, has been living in a persistent vegetative state since he collapsed when a plumber poured acid drain unblocker into his sink at his home in Peckham, south London on New Year's Day 2015.

The former teacher collapsed after trying to help the plumber, family friend Tito Gbadegeshin, who had also succumbed to the hydrogen sulphide fumes and fell to the floor.

Mr Ayannuga's wife, Oluyomi, says her husband is now suing the manufacturer, One Shot Products Ltd, at the High Court for millions of pounds in damages.

Her lawyers claim the acid drain cleaner reacted with lime sulphur in the kitchen sink, creating the toxic gas, which leaked into the kitchen and poisoned the two men.

But the company has denied fault, claiming they were more likely poisoned by sewer gas.

They suggest the fumes rose through the apartment block's drainage system and into the kitchen when the plumber removed a piece of pipe work under the sink.

Opening the case before Mrs Justice Nip, barrister Simeon Maskrey QC told the court of the "traumatic" circumstances of the case.

Mr Gbadegeshin, 54, had gone to the block, in Peckham, south London, to unblock the sink of the Ayannuga family's flat on New Year's Day, 2015, he said.

While there, he poured some One Shot Instant Drain Cleaner into the sink and left the kitchen to allow the acid to begin to work.

He returned to the kitchen, but the family ran to his aid after hearing him collapse to the ground.

"It is admitted he had been overcome by hydrogen sulphide gas," said the QC. 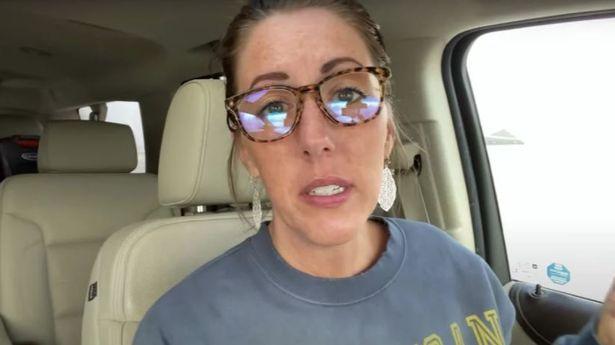 "Mr Ayannuga went to the kitchen. He approached Mr Gbadegeshin and may have bent down to touch him, but he too was overcome by the hydrogen sulphide. He fell to the floor.

"Mrs Ayannuga then went into the kitchen. She too was overcome and fell to the floor, to be found by her son close to the entrance of the kitchen."

Emergency services were called and, after noticing an "an indescribable offensive smell" in the kitchen, paramedics called in firefighters.

They detected hydrogen sulphide still in the kitchen nearly an hour after the men's collapses and had the block evacuated for the safety of other residents.

"He is unable and has not been able to provide any information at all as to what happened."

Although not permanently injured, Mrs Ayannuga was left suffering with post-traumatic stress disorder, he continued.

Mr Maskrey said the most likely cause of hydrogen sulphide getting into the kitchen was by the drain cleaner reacting with lime sulphur already in the sink.

"It's the claimant's case that it occurred as a result of a reaction between the One Shot Drain Cleaner and the contents of the sink," he told the judge.

But lawyers for One Shot Products question whether the drain cleaner was used at all and deny that it would have created the gas, also questioning why the Ayannugas would have had lime sulphur in their flat.

Although it is widely commercially available, the product is normally used as a pesticide on animals, although it can also be found in some haircare products, he said.

Although 16 million bottles of the drain unblocker have been produced, there has been no verified reported incident of the product causing hydrogen sulphide poisoning, the company says.

"It's the defendant's case that more probably it was simple sewer gas that rose from the main sewer through the waste pipe that fed the block and into the pipework beneath the u-bend of the sink," said Mr Maskrey.

"There, say the defendants, it sat until released by Mr Gbadegeshin when he took that piece of horizontal pipework away."

The company says hydrogen sulphide can build up in sewers when water and waste becomes stagnant, but Mr Maskrey claims there was no evidence to suggest that happened in this case.