Here are the restaurants and other food facilities that Riverside County Department of Environmental Health inspectors temporarily shut down because of imminent health hazards between March 11 and 17, 2022. If no reopening date is mentioned, the department had not listed that facility as reopened as of this publication.

Here are selected inspections at facilities that weren’t closed but had significant issues. 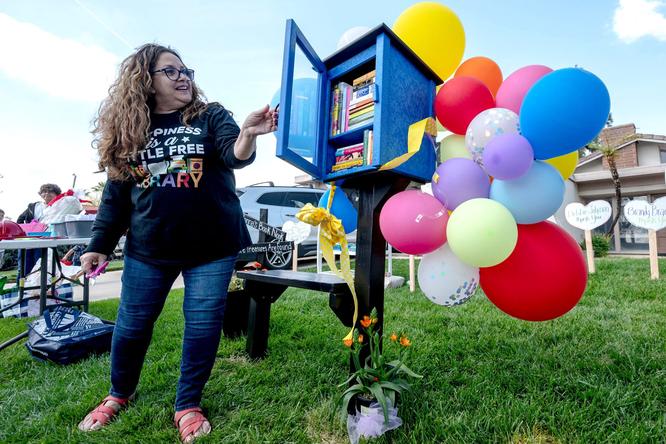 Wilma & Frieda’s, at 155 S. Palm Canyon Drive in Palm Springs, was inspected March 16 and received a failing grade of 80/B with two critical violations. Food was at unsafe temperatures in three coolers that were impounded for not keeping cold. A dishwasher also was impounded for not dispensing sanitizer. Among the nine other violations, there was an empty cockroach trap next to food in one of the nonfunctional coolers, cooked chicken wasn’t being cooled down fast enough and several areas needed cleaning.

Carniceria Rancho Grande, at 13313 Palm Drive in Desert Hot Springs, was inspected March 16 and received a failing grade of 81/B with one critical violation. Multiple items of food were at unsafe temperatures, including a container of cooked tomatoes sitting on the floor and a container of pickled carrots that had been at room temperature since it was delivered a week before. Among the 11 other violations, there were many flies in the facility, with some landing on the cutting boards, as well as some other small bugs on a wall and a dead cockroach in a hole in the wall; an employee kept wiping his hands on his dirty apron; dishes were being washed but not sanitized; and several areas needed cleaning or repair. This was the market’s second failed inspection in less than two years so it now faces an administrative hearing.

Poke Bistro, at 3375 Iowa Ave. Suite K in Riverside, was inspected March 16 and received a failing grade of 83/B with one critical violation. None of the employees were washing hands when they should have. The main kitchen handwashing sink was labeled “James Only Do Not Use,” and the inspector wrote that the shift lead said the owner makes employees wash at the front service line or at a janitorial sink in the restroom, a practice the inspector said to cease. Among the 12 other violations, there was one dead cockroach on a glue trap (but no evidence of live roaches), the inspector was told staff doesn’t check the temperature of cooked food, food was not being stored in approved containers and the kitchen needed cleaning and decluttering. The inspector noted they were not able to review the report “due to situational escalation. The owner declined signature of the report and requested an Administrative Hearing.”

Big Skyy Bistro, at 1575 University Ave. Suite A in Riverside, was inspected March 15 and received a failing grade of 70/C with three critical violations. Food was at unsafe temperatures in the sushi bar prep cooler, which was impounded. (The inspector noted that a small fan had been placed in the engine compartment in an attempt to cool it down.) Numerous employees were failing to wash hands. Also, the dishwasher was impounded for not dispensing sanitizer and an employee was seen reusing bowls that had been rinsed but not washed. Among the 15 other violations, cases of raw frozen meat had been left at room temperature, containers of food were stored on the floor, there was mold and biofilm in the ice machine, equipment and surfaces throughout the facility were “encrusted” with food debris (a chronically repeated violation) and there were “copious amounts” of uncooked rice on the floor. More than 100 pounds of food had to be discarded.

Rick’s Restaurant, at 1973 N. Palm Canyon Drive in Palm Springs, was inspected March 15 and received a failing grade of 80/B with two critical violations. Some food was at unsafe temperatures in a refrigerator that wasn’t keeping cold. Also, a fly landed on biscuit dough on a prep table. Among the eight other violations, there were old rodent droppings in a food storage area (but no evidence of live rodents) and the facility needed cleaning.

Ocean Pho, at 4069 Chicago Ave. Suite 100 in Riverside, which failed a March 3 inspection with a grade of 75/C and was closed for having a rodent infestation, was permitted to reopen March 16. It is now on probation after failing four inspections and being shut down twice since 2019. It passed a new inspection with a score of 100/A.

This list is published online on Fridays. Any updates as restaurants are reopened will be included in next week’s list.

All food facilities in the county are routinely inspected to ensure they meet health codes. A facility loses four points for each critical violation — and may have to close if the violation can’t be corrected immediately — and one or two points for minor violations. An A grade (90 to 100 points) is passing. Grades of B (80 to 89 points) and C (79 or below) are failing and typically require the proprietor to make improvements and be re-inspected.

For more information on inspections of these or any restaurants in Riverside County, visit restaurantgrading.rivcoeh.org. To submit a health complaint about a restaurant, go to www.rivcoeh.org/Complaint or call 888-722-4234 during business hours or 951-782-2968 after-hours.

Sign up for The Localist, our daily email newsletter with handpicked stories relevant to where you live. Subscribe here.
Prev Next