Here are the restaurants and other food facilities that San Bernardino County health inspectors temporarily shut down because of imminent health hazards between March 10 and 17, 2022. If no reopening date is mentioned, the agency had not listed that facility as reopened as of this publication.

Juice It Up!, 745 E. Hospitality Lane Suite B, San Bernardino

Here are selected inspections at facilities that weren’t closed but had other significant issues. 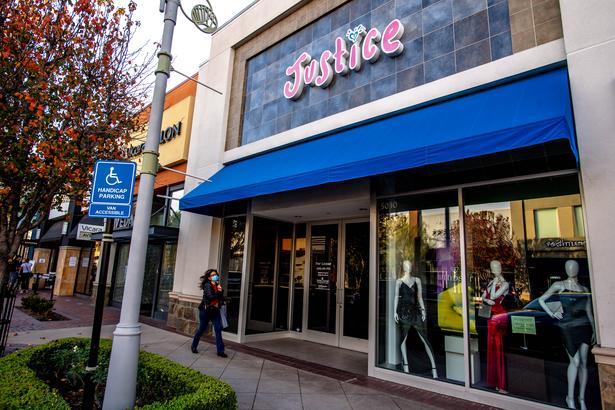 Taqueria Cielito Lindo, at 1035 E. Base Line in San Bernardino, was inspected March 11 in response to several complaints that about 25 people got sick, including one who required hospitalization, after attending a wedding the restaurant had catered March 5. The restaurant received a grade of 81/B with two critical violations. During the inspection, the operator and an employee didn’t wash hands correctly before preparing food. Also, six containers of cooked carne asada and about 20 pounds of raw pork being thawed improperly were at unsafe temperatures. Among the seven other violations, cooked chicken and pork had been left out at room temperature to cool down, and the restaurant was using three beverage/merchandize refrigerators that aren’t meant to store items like meat and dairy. A health department official said there was food (cake pops) from at least one other vendor at the wedding but the department hadn’t yet identified that vendor.

Meiga Sushi, at 1379 E. Highland Ave. in San Bernardino, was inspected March 11 and received a grade of 76/C with two critical violations. Numerous items of food were at unsafe temperatures, including a dozen containers of seafood in four refrigerators (all of the fridges were working properly), flour and batter used on sushi rolls and raw shrimp, and seaweed wraps with sushi rice. Also, an employee didn’t wash hands. Among the 12 other violations, the cook didn’t know proper cooking or holding temperatures, the restaurant was using a refrigerator not meant to hold perishable foods and four unapproved freezers, there was a fly zapper over the food-prep area, and the inspector said all of the tables, cooking equipment, refrigerators, sinks, food containers, storage racks, walls and floors were excessively dirty.

Thai Ivory Cuisine, at 924 N. Central Ave. in Upland, received a 73/C on Feb. 1 and was closed for a week for having a cockroach infestation, then received an 85/B on a mandatory rescore inspection Feb. 17. It requested another rescore inspection, and this time, on March 11, it received an 86/B. There was one critical violation, for eggs, tofu and dairy items being at unsafe temperatures. The eggs and tofu were in the walk-in refrigerator, which wasn’t keeping cold (it was 58 degrees inside; 41 or below is required). Among the eight other violations, the manager didn’t know proper cooking temperatures.

Hime Sushi & Roll, at 4110 Edison Ave. Unit 104 in Chino, which received a 73/C on Feb. 16, underwent a mandatory rescore inspection March 11. This time, it got an 87/B with nine violations, six of which were noted to be repeat issues. The one critical violation was for the sushi chef not washing hands properly. Also, the restaurant still wasn’t keeping track of how long food was kept at room temperature, a non-commercial refrigerator hadn’t been removed from the sushi bar, a nonfunctional fridge hadn’t been fixed, and holes in the ceiling had been covered with tape instead of properly sealed. This was the restaurant’s fourth B or C grade since 2020.

El Pescador, at 2322 S. Mountain Ave. in Ontario, which received an 83/B on Feb. 15, requested a rescore inspection. This time, on March 10, it got an 84/B with three critical violations. There was black and brown mold in the ice machine, with debris in some of the ice cubes. Seafood, cheese and other items were at unsafe temperatures. And an employee repeatedly failed to wash hands after adjusting his face mask and hat.

BBQ Chicken, at 12732 Foothill Blvd. Suite 103 in Rancho Cucamonga, which was shut down March 7 for operating without a valid health permit after moving locations, is still undergoing plan review and has not been listed as reopened. An inspector visited March 17 and found, for the second time, that the restaurant had removed the health department’s notice of closure from the front door. (It was not operating though.)

Maria’s Mexican Restaurant, at 2970 Lenwood Road in Barstow, which was closed March 4 because of overflowing sewage, was permitted to reopen March 5 after a plumber fixed the issue.

The Pho, at 21520 Bear Valley Road Suite E in Apple Valley, which was closed March 3 because of a cockroach infestation, was permitted to reopen March 15. An inspector saw no live or dead roaches.

This list is published online on Fridays. Any updates as restaurants are reopened will be included in next week’s list.

All food facilities in the county are routinely inspected to ensure they meet health codes. A facility loses four points for each critical violation and one to three points for minor violations. An A grade (90 to 100 points) is considered “generally superior,” a B grade (80 to 89) is “generally acceptable” and a C grade (70 to 79) is “generally unacceptable” and requires a follow-up inspection. A facility will be temporarily closed if it scores below 70 or has a critical violation that can’t be corrected immediately.

Sign up for The Localist, our daily email newsletter with handpicked stories relevant to where you live. Subscribe here.
Prev Next