The unacceptable state of the city dog pound facility has been the subject of a number of discussions lately, particularly with the City Council.Sheriff Arne Jones had brought the issue to the City’s attention at the end of last year, as the temperatures dropped and the situation for dogs in the facility had become untenable.The City contracts with the Sheriff to enforce its animal ordinance, which includes the impounding of stray animals.

City Superintendent Tyler Webster visited the current facility to take a look and see what might be done.After an inspection, he determined that some immediate temporary improvements could be made to make the situation more humane for animals, though in the longer term the facility would either need to be substantially renovated or replaced.

Webster has begun the process of obtaining bids for a replacement structure, which would replace the current one on the same foundation, but be updated to more adequately heat and provide water to the resident animals. 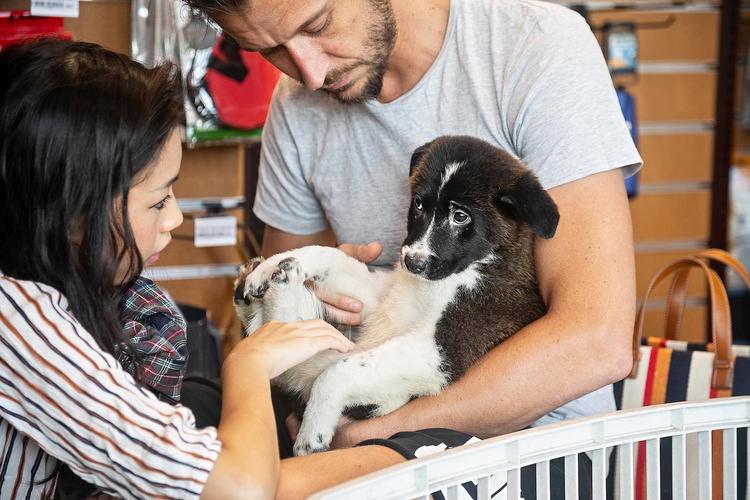 At present, the building has been repaired to a state where it is capable of holding animals in need of impounding.The building is supplied with electricity, which allows for the use of portable heating devices to be used in keeping the temperature to a more comfortable level.However, the lack of substantial insulation in the walls, as well as the necessary egresses to the outdoor kennels make the cost of heating the building under the current conditions high.The water to the building is currently only available from an outdoor faucet, and must be ported into the facility through the mud which has begun to surround it.

In general, use of the facility is not ideal for either the officers in charge or the animals involved, especially when attempting to manage anxious or aggressive animals.As a result, the city has committed to moving forward with the more ambitious project to replace the facility.

When a new structure is secured, Webster plans to run the water line directly into the building, and set up automatic watering resources, as well as a more efficient heating setup.

The outdoor kennels have potentially seen the most wear, as a number of the structure’s metal elements are corroded through exposure to dog waste and the elements.Some of the bars have in fact been completely rusted through.A new kennel setup will include galvanized materials, and be coated with a spray that prevents urine from adhering to the surface and creating the corrosion problem.

As to the general layout, Webster explains that an eventual replacement structure would be matched to the current foundation and essentially be the same, except “new, insulated, and much better for the animals.”Webster is also looking into fencing off the location of the pound to prevent cattle from wandering through, which increases the mud problem, as well as decreases the overall sanitary nature of the surrounding area.Once the facility is fully stocked with food and resources, Webster also notes the need to secure it firmly against pests like racoons.

The current dog pound facility has existed at the location for over twenty years.The number of stray dogs picked up varies from month to month, but the facility has seen fairly regular use over the years.Speaking on the issue, Malad City Mayor Joan Hawkins stated that “the City is committed to moving forward with this project.It’s something that probably should have been a long time ago, but now that it’s been brought so clearly to our attention, we plan to get it done.We absolutely need a place for these animals to be safe and warm.”

If you are interested in contributing to the construction of a new dog pound facility, you can contact the city offices and contribute to the “Malad City Community Foundation,” which is a 501(3)c entity.Any donations to the Foundation are tax deductible, and can be designated to specific projects, such as this one.