Woman with dementia, 89, 'left trembling at the name of her care home'

An 89-year old woman with dementia has been left trembling at the sound of the name of the £900-a-week care home where she spent a week, repeating “no I’m not going back there”, her husband has claimed.

Geoff Tucker, 87, alleges he found ants in his wife’s drinking cup when he went to visit her at St Michael’s Court home in Aylsham, and on a separate visit heard a resident who needed the toilet calling out in pain for 15 minutes.

His wife of 65 years, Madge, “was worse when she came out than when she went in”, said Mr Tucker, who provides full-time care for his wife in their house in Sheringham and booked her stay to provide a week’s respite.

St Michael’s Court is operated by Runwood Homes, owned by property tycoon Gordon Sanders, 75, who has an estimated net worth of £250m. They have pledged to investigate the complaints.

Earlier this year, we revealed that in 2020 after the firm received £20.02m in taxpayer-funded handouts, Mr Sanders increased his dividend to £3m from £1m the previous year. The average wage of his employees is less than £17,000.

Geoff Tucker, 87, from Sheringham, provides care at home for his wife who has dementia, he booked her one week stay at St Michael's Court in Aylsham as a respite trip.- Credit: Archant

Geoff Tucker told the paper: “We’ve been married 65 years and I know my wife. She’s not the same. Psychologically now if someone says 'Aylsham' she says ‘No I’m not going back there, I’m not going again’.

“I don’t know what happened to my wife while she was in there for that week, but what I do know is mentally and physically she was worse when she came home than when she came in.

“The staff they’ve got there they’re trying their hardest and they’re doing their best under the circumstances but I didn’t think it was good enough.

“And now I daren’t mention ‘St Michael’s Court’ or ‘Aylsham’. My wife if she hears that, she’s not terrified exactly but you can see she gets very upset.”

He said he expected Mrs Tucker to receive better treatment during her stay from June 29 to July 6, which cost the couple £900.

“The building itself is like Buckingham Palace but that’s only on the outside. On one occasion it took me over 15 minutes to get out of the building because no-one was around to open the door,” he said. 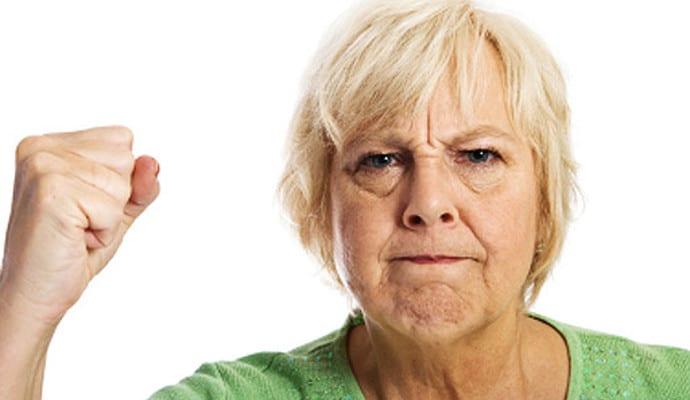 “It was 16 minutes, and I could hear a patient calling out ‘Help! Is there anybody there? Help!’.

“I looked in the day room, there were two patients, one was in agony, the other said ‘Can you find someone to look after her, she wants to go to the toilet very badly’.

“I’d been hearing her call out for 15 minutes.”

Mr Tucker went on: “Another time Madge was in bed, there was a container half full of cordial there were seven dead ants in it. And when I looked on the floor there were ants all over the place.”

The home, he says, also gave Mrs Tucker a broken wheelchair she found painful to use, sent her home in the wrong pyjamas, and lost several items of her clothing.

He said: “I got a message saying ‘We’ve found them, what do you want to do?, because they said to post them would be too expensive. That’s a bit ironic given the owner makes so many millions.”

Mrs Tucker is currently in hospital, awaiting provision of a new care team to support her husband in providing additional care for her at home.

Geoff and Madge Tucker, from Sheringham, pictured in the 1970s.- Credit: Supplied

Two years ago inspectors discovered the home was operating without a registered manager, found dirty clothing in communal areas was left unmoved from one day to the next risking infection, and found residents were not always seen when they needed help due to lack of staff.

The home faced closure if it did not improve its “inadequate” rating. Runwood said it implemented a “robust plan” which had improved matters by the time of an inspection in spring of 2020.

Gordon Sanders, (right), with staff at another of his Norfolk care homes, Windmill House in Wymondham - Credit: Sonya Duncan

The home is now rated “good”.

A spokeswoman for Runwood Homes said: “We are very sorry that Mrs Tucker’s short stay at St Michaels Court was not felt to be a positive one, St Michael’s Court has recently established a very positive community regard.

“As an organisation we have an open and transparent culture in dealing with complaints and would welcome the opportunity to meet with Mr Tucker to address his concerns fully.

“St Michael’s Court Care Home has had a very recent CQC Inspection and is rated Good in all Key Lines of Enquiry with a professional and motivated team of nurses, carers and support staff working incredibly hard throughout a very difficult time for health and social care.

“We do not comment on individual cases,but will investigate all alleged comments made by Mr Tucker and arrange to meet with him.”