RHINELANDER (WJFW) — For nearly three years, water wells near Rhinelander Oneida-County Airport have been shut due to levels of PFAS deemed to be unsafe for public consumption.

“The suspension of the two wells, wells seven and eight, presents the city with a challenge that as much as 25% of the water supply is constrained at any given time," says Rhinelander city administrator Zach Vruwink.

Last week, the city got a boost to its efforts to try to fix the problem. With help from Senator Tammy Baldwin (D), $1.6 million in federal funding is coming to Rhinelander for water quality infrastructure investments.

“When we turn on our tap, we expect to have clean drinking water," says Baldwin. 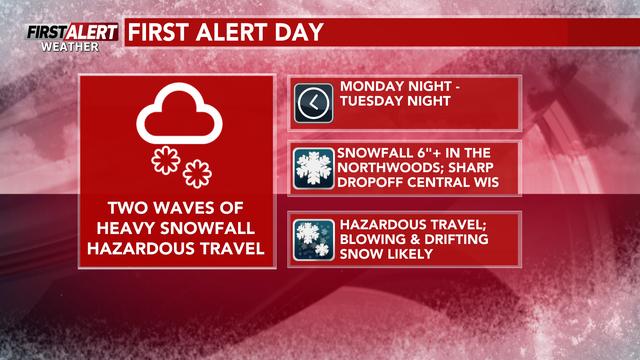 PFAS are a group of manufactured chemicals that break down very slowly. According to the EPA, studies have shown that exposure to some PFAS in the environment may be linked to harmful health effects in humans and animals.

“If we can reduce the ability for people to consume PFAS, we believe that ultimately there will be better health outcomes for people. And that's really important, as we have a responsibility and a duty to provide a safe drinking water supply to our residents," Vruwink says.

He says the money will go toward installing an original form of treatment filter or filtration system at the wellheads.

“The question is, can we install filtration as the water gets into the distribution system that takes the PFAS out?” says Baldwin.

The city has estimated the project will cost around $2 million. If it works, many other places with PFAS issues could follow.

“Last summer, when I was meeting with leaders in Rhinelander discussing this challenge, it was very clear that Rhinelander was stepping up to say, 'we want to be the model for how you tackle a problem like this,'" says Baldwin.