A homeless woman says council dithering has left her staying on her mum's sofa while her baby son sleeps in his pram.

Rebecca Hopkins is in a difficult spot since splitting with her ex-partner last month, WalesOnline report.

She has been taken in by her mum in Bridgend, Wales, after she registered herself and her one-year-old child homeless.

The 22-year-old claims she initially had been told she was a priority case but has since been downgraded, something the authority deny.

Now she says her toddler Archie is forced to sleep in his buggy in the living room every night after the council's apparent change of approach.

The mum said: "I'm staying with my mum in a two-bedroom house. My sister lives here, my mum lives here, and the bedrooms are rather small.

"I spoke to the council and they told me I was a priority last week and they've since told me I'm not a priority anymore.

"I just broke down crying and I just said to my mum: 'No-one wants to help me'."

The only option offered to Rebecca at this time was a bed and breakfast which she explained is unsuitable to raise a child.

She said: "It had no cooking facilities or any other facilities where I'd be able to cook for my son. It was really upsetting when they offered me that to be honest." 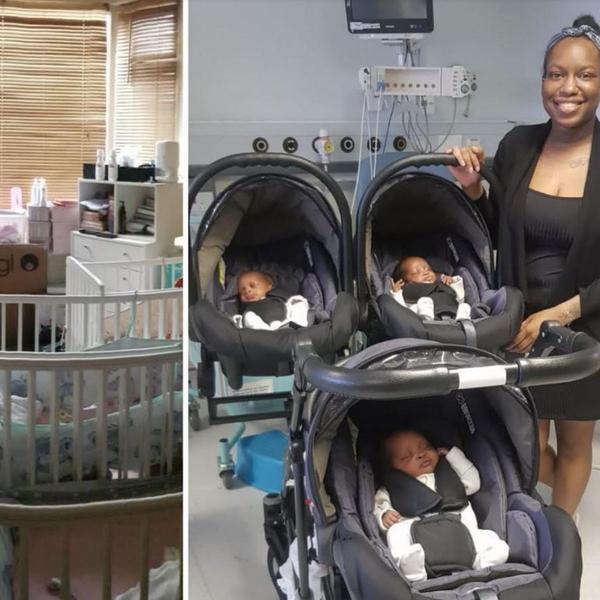 However, Bridgend Council said she had not been downgraded in priority and Rebecca received a call to offer housing in North Cornelly, Bridgend.

"They offered me temporary accommodation but it's right out of my support network. It's not accessible for me to be somewhere where I haven't got a network. It's two bus rides away."

Rebecca is keen to leave her mother's sofa as one of her main concerns is for her son's development which she says will be affected by the constant sleeping in his pram.

But she said she still needs to be nearby for support and Rebecca's mother has asked that accommodation is found closer to the family.

Additionally both Rebecca and her mother have mental health struggles, which are only being exacerbated by the situation.

"I suffer with post-natal-depression," Rebecca said.

"It's having a really big impact on me being back here."

"I've got all my furniture and everything – all I need to do is just move into a home," she said.

A council spokesman told the Mirror: “To resolve the applicant’s current circumstances, the council has offered her a temporary property while she waits for permanent premises to become available.

“However, the applicant has chosen to turn that offer down and stay at her current address while the council continues to look for longer-term premises.

"She remains on the local housing register, but as we do not have empty properties waiting to be occupied, she also has to wait for one to become available.”