Revealed: The towns in north Norfolk in desperate need of new loos

A coastal village that needs five times more toilets and a market town needing 10 extra loos are among the places bursting for new WCs, it has been revealed.

North Norfolk District Council (NNDC) has set out its strategy for public conveniences, identifying where there is a pressing need for new loos.

The authority's vision is to stop visitors from being caught short in the most affordable way possible, delivering a targeted investment programme and "more innovative ways of managing public toilets".

The arch on Sheringham's seafront, where The Leas public toilets can be found. - Credit: Google StreetView

Its 'decision matrix' shows four towns across the district where the public convenience provision is low - Holt, North Walsham, Stalham and Weybourne.

North Walsham has the greatest need for new loos, with the decision matrix showing a need for 22 WCs against an actual provision of 12. Holt needs 15 but has eight, Stalham needs 10 but has five and Weybourne has one and needs five.

Weybourne suffered from a lack of public toilets in the past. As the national Lockdown eased in May 2020, villagers endured long-distance visitors who left human waste on the beach.

Following the incident, in July 2021 NNDC installed a new loo at Weyburne that used no water, power or chemicals.

On the other end of the matrix, Cromer, Hoveton, Hickling, Ludham, Sheringham and Wells all have a 'high' provision, with Cromer offering 49 toilets against a minimum need of 24. 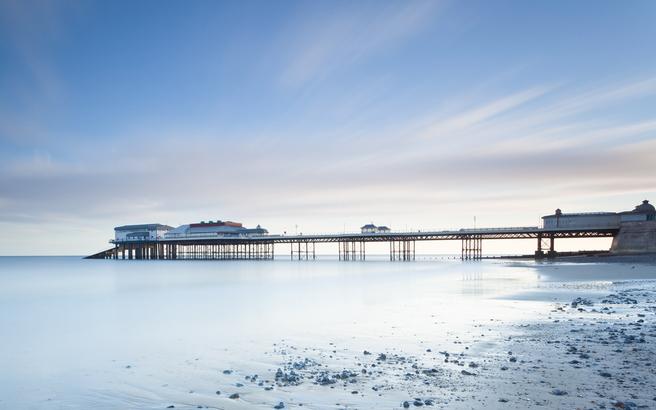 NNDC described public loos as an "emotive" issue, with the authority having spent £730,000 to help people spend a penny in the last year.

Providing public loos is not a legal requirement for councils, with a council officer's report saying their "extensive" spending is delivered because of a desire to support locals and visitors to come to North Norfolk.

A report to councillors said: "Many people feel that toilet provision is key to supporting and promoting outdoor activities such as walking, boating and other sporting recreation in a significantly rural area where other provision may be limited."

However, due to north Norfolk's ageing population, council officers said some of the council's provisions no longer meet public expectations and will need upgrading.

On Wednesday, councillors will be asked to agree to spend £500,000 to make improvements to Sheringham and North Walsham toilets.

How many toilets does north Norfolk have?

Where have improvements been made and when are they coming?

Stearmans Yard, Wells and Queens Road Fakenham are set to be completed by the end of the financial year.

If the £500,000 improvements are agreed by councillors, the Sheringham facilities on The Esplanade will be upgraded, and those at Vicarage Street car park in North Walsham will be replaced.

The toilets will include a hoist, changing bench and extra space so that people with any disability should be able to use them.

The facilities should be delivered by the end of 2022.