As well as seeking to quantify the likely economic impacts of the new relationship with Australia, the inquiry by Westminster's cross-party Environment, Food and Rural Affairs Committee will examine whether the deal will sit comfortably with the UK's commitment to high animal welfare and environmental practice – and the implications that this first post-Brexit FTA will have on future trade deals with other parts of the world.

The EFRA committee said it would welcome written evidence from any stakeholders likely to be affected by the new trading arrangements.

For its part, the UK Government has said the Australia FTA – the first ‘new’ trade deal it has signed since leaving the EU, as opposed to ‘rolled over’ agreements based on arrangements made as an EU member – will 'boost the economy by £2.3 billion and add £900 million to household wages in the long-run'. Perhaps more importantly, UK negotiators see the Australia deal as a 'gateway' to the UK joining a wider overseas trading arrangement called the Comprehensive and Progressive Agreement for Trans-Pacific Partnership.

This precedent setting has, however, been nothing less than alarming to a whole host of farming, consumer and environmental bodies across the UK.

NSA expressed 'grave disappointment' at the formal signing of the Australian deal.

Chief Executive Phil Stocker said: “NSA is disappointed that this deal has been pushed through and now signed without any resolution on how Tariff Rate Quotas could be managed in a way to limit potential damage to the UK’s own domestic trade.”

The deal will see those TRQs for lamb more than triple immediately from roughly 8000 tonnes annually to 25,000, and then grow over ten years to 125,000 tonnes – which at current consumption rates is equivalent to more than 40% of the UK’s total sheepmeat needs.

When news of the agreement in principle was announced back in the summer, NSA warned of the need for 'thorough scrutiny' of its terms and called for the use of a licensing procedure to manage seasonality disruption and the use of a whole carcase weight co-efficient to help manage high volumes of single and boned out cuts.

“We have no confidence that this licensing procedure has been or is now being considered," said Mr Stocker. "We are told the deal still has to be scrutinised by Parliament and TAC, but from recent experiences we can be sure this will be a formality rather than an opportunity for positive amendments to be made.”

“NSA warned from day one that the UK sheep sector could end up being the sacrificial lamb for the benefit of other industries in a trade deal with Australia, and indeed New Zealand. I’m confident the British sheep industry is in a fit enough state to fight back when we have to, despite our standards being ratcheted higher and higher, many of which carry costs. And fight we will do, in order to maintain domestic support for our high quality products and to access other global markets.”

NFU Scotland - 'This deal appears to be very one sided'

NFUS president Martin Kennedy said: “The final deal, as we feared after the announcement of the deal in principle, shows a complete dearth of proper consultation with farming and food sector interests across the UK. While we are not against free trade this deal appears to be very one sided, with little to no advantage for Scottish farmers.

“The safeguards in place within the deal simply delay the inevitable – unfettered access for Australian producers to UK markets. This is an issue given the difference in production systems between Australia and the UK. Scottish and British producers operate to a completely different cost structure giving the Australian agricultural sector the comparative advantage of commodity production, to the point that transporting products across the world does not erode the price advantage," he noted.

“We understand that the main export focus for Australia at the moment is China, however should this change the UK could be seen as an alternative and lucrative market with virtually no limits. The situation is compounded even more when we know the UK-New Zealand FTA has also been agreed in principle on almost identical terms.

“These FTA’s pose a long term threat to key Scottish agricultural sectors, such as beef, lamb and dairy," stressed Mr Kennedy. "This is heightened as so little has been done to ensure continuity and expansion of Scottish and British agri-food exports to new and existing EU markets.

“The recently setup Trade and Agriculture Commission will now have the opportunity to scrutinise the deal in detail – however it remains to be seen to what extent the TAC can influence a deal that is already signed."

ENFU president Minette Batters said: “When it comes to agriculture, the Australians have achieved all they have asked for and British farmers are left wondering what has been secured for them.

“In particular, it is disappointing that the UK government has capitulated to Australian demands to time-limit any safeguards for sensitive sectors. Despite assurances that these sectors would be afforded some level of protection, we will see full liberalisation of dairy after just six years, sugar after eight years and beef and lamb after 15 years.

“There will also be no safeguards available for any products if imports reach damaging levels after that 15 years is up. Just as concerningly, the UK has agreed to beef and lamb quotas which will favour imports of high-value cuts, despite this being the end of the market where British farmers tend to derive any value from their hard work," said Ms Batters. 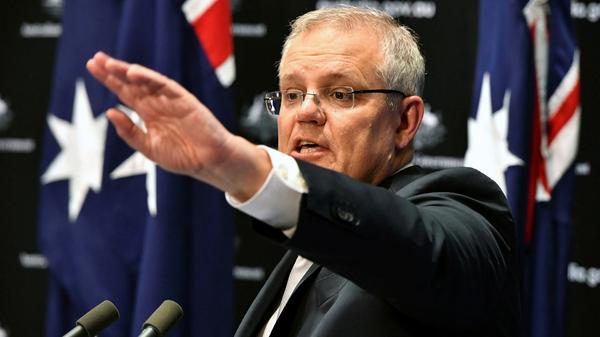 “It’s also difficult to discern anything in this deal that will allow us to control imports of food produced below the standards legally required of British farmers, for instance on land deforested for cattle production or systems that rely on the transport of live animals in a way that would be illegal here."

She stressed: "The government needs to level with farmers about the commercial reality of this and ditch the soundbites that lost any meaning a long time ago. It needs to set out a detailed agri-food export strategy, with complementary policies that will enable UK farmers to compete and adjust. We have seen some progress as the government begins to set out its export strategy, but much, much more is needed and implementing our three-point plan for getting farming ‘match-ready’ would be a good start.

“I hope that MPs will now take a good, hard look at this deal to see if it really does match up to the government’s rhetoric to support our farmers’ businesses and safeguard our high animal welfare and environmental standards. I fear they will be disappointed.”

Soil Association head of food policy Rob Percival said: “The Australians have played a blinder, but there’s little in this deal that will benefit British farmers or citizens. It’s void of common sense. As British farmers are stepping up to meet the environmental challenges of this century, our government signs a deal that undercuts them.

"And as the British public declares its concern for animal welfare and the climate, we commit to importing deforestation-risk beef from a country ranked last out of 193 countries in the latest UN-backed Sustainable Development report. The logic behind the deal is difficult to discern, but it seems to be ‘free trade at all costs’, served with a side of hormone-treated cattle.

"We must hope that the government’s upcoming response to the National Food Strategy is more coherent and ambitious.”

The SNP condemned the Tory government for signing a bad deal for Scotland's farmers, noting that its tariff rate quotas would be more advantageous for Australian producers, allowing them to potentially flood the domestic market with specific cuts of beef and lamb, undercutting Scotland's food producers.

The SNP's Shadow International Trade spokesperson Drew Hendry MP said: "Despite the repeated warnings, the Tory government has ploughed ahead with its damaging post-Brexit plans – which will hammer Scottish farmers and our key industries.

"Beyond the rhetoric, the UK government's own assessment makes clear that this trade deal with Australia will open up the market to cheaper imports of goods produced to lower animal welfare standards – which will undermine and undercut Scotland’s farmers, crofters and food producers.

"Brexit has been an unmitigated disaster and it is our economy, businesses and people's livelihoods that are being forced to pay a heavy price – with the UK government’s own economic analysis suggesting that this deal will increase GDP by just 0.08%, while Brexit would lead to a 4.9% contraction in GDP," said Mr Hendry.

RSPCA - 'This is bad for consumers, farm animals and British producers'

The RSPCA voiced serious concerns that the Australia deal will mean beef and lamb imports produced to lower animal welfare standards entering the country, while undermining the UK’s position as a leader on tackling climate change.

The charity said that the FTA made it easier for products which would never meet UK production standards to be imported and sold here, including beef from cattle raised on bare feed-lots and transported for up to 48 hours, and lamb from sheep that have been mulesed without anaesthetic, a mutilation that is banned in the UK.

RSPCA Chief Executive, Chris Sherwood, said: “The deal provides a bad precedent for how the UK maintains its high welfare standards as it starts negotiations with other countries. Cheap low quality imports could also undercut farmers and, if more trade deals follow suit, devastate the UK’s farming industry. This is bad for consumers, farm animals and British producers, who rightly abide by the UK’s higher standards.

"Australia also has a poor track record on climate change and an intensive model of agriculture which has damaged the natural environment and led to major deforestation. This deal would therefore set the UK back in its aims to become climate leaders.

Mr Sherwood added: “Whilst we are pleased with the specific animal welfare provisions in the Agreement, worryingly we see no signs that the UK Government is willing to safeguard our animal welfare standards in other parts of the Agreement. This deal sets a dangerous precedent now that we are embarking on deals with countries such as India, Canada and Mexico, all of whom have lower animal standards than here and the potential to send across eggs, chickens and pork meat, produced under what would be illegal standards here, into the UK market.”

There had, he said, been a rush to agree a trade deal with Australia without looking at the consequences for UK farm standards or for future agreements with other countries.

“As our first trade agreement since leaving the European Union, it is really vital the government gets it right and ensures our welfare standards are safeguarded or it could give a clear signal to other countries that the UK’s international trade policy has no red lines when it comes to upholding animal welfare standards.

“Because a high bar was not established in the Australia deal, UK trade negotiators’ hands will be tied when they try to clinch higher welfare deals with other priority countries such as the USA, Canada, India and Mexico, all of which have lower animal welfare standards than the UK.

“The UK should be proud of its animal welfare standards and strive to maintain and improve them, but there’s a danger this has been sold out for the sake of a quick trade deal.”