It's the time of the year again when Indian badminton followers grow wistful and do a careful count of the years since the All England title was last brought home. If you're still counting, it's been 21 years. The Indian winners' roll call is Prakash Padukone in 1980 and Pullela Gopichand in 2001.

We're now in an era of two-time Olympic medalist PV Sindhu, who has reliably delivered in major tournaments. The All England is the only mark she's missed so far. It's perhaps a nagging thought she carries as well. In the men's singles, India has its newest highest-ranked singles player Lakshya Sen, leading the charge and getting used to the spotlight.

There are no kind draws or trouble-free paths and the Indians aren't quite seen as outright title favorites. The last major event - the World Championships in December - saw two Indians turned unlikely podium finishers. But this is going to be an All England with the big names, save Carolina Marin, in the mix. The Indians will have to hustle and knock down a few walls this week to travel deep.

Sindhu will start against Wang Zhi Yi, ranked ten spots below her. At 21, she's already the third highest ranked player from China after Chen Yufei and He Bingjiao. Yi somewhat mirrors Olympic champion Chen's style and she announced her arrival at the Malaysia Masters and Indonesia Masters two years ago. She ousted Ratchanok Intanon and Akane Yamaguchi over two successive weeks with her stubborn defense and attritional play.

Sindhu will have to parry this opponent with caution, following which she could run into either of the left-handers, Japan's Sayaka Takahashi or Thai Supanida Katethong. Katethong stunned Sindhu at the India Open earlier this year, which the Indian avenged at the Syed Modi International that followed. If she gets past these early troublemakers, Yamaguchi awaits in the quarterfinals.

The Indian's game has in recent years seen a widening of base, from relying heavily on her intimidating attacking prowess to adding a resolute defense. It could be argued that the former was her more trusted signature move, chewing up opponents' will and pedigree, like she did to win the 2019 Worlds. But the Sindhu that shows up at big tournaments is usually a hungrier version of herself. It's what she and her followers will be counting on this week. 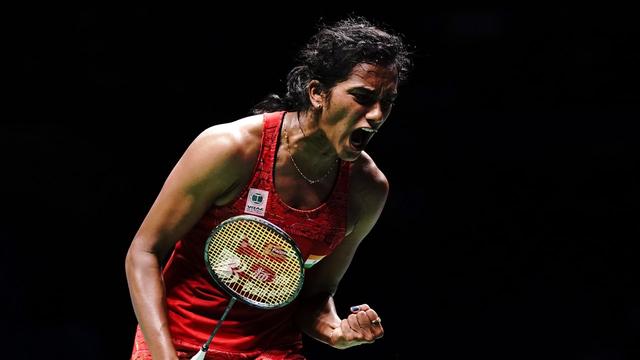 Meanwhile, Ratchanok Intanon's absence from the draw has earned India's Aakarshi Kahyap a late call-up. The former world No 1 Thai tested positive for Covid and withdrew from the German Open quarterfinals last week. For Aakarshi, ranked 53 in the world, it's still early days on the Tour. The 20 year-old, who showed promise in her third place finish at the India Open Super 500 in January, will face a tall order in Canadian Michelle Li in the opening round.

Lakshya has been a revelation over the past year. He finished on the podium in all four of his previous tournaments, including the Worlds. The All England, however, could be a whole different battlefront.

It will be the first time he heads into a major event not as the young talent peeking out of the Indian line-up but as a rising star with a few proven wins, including over the Olympic champion Viktor Axelsen last week. He will go up against fellow Indian Sourabh Verma in the opening round, who enjoys a 2-1 lead in their head-to-head. Of course it mustn't be overlooked that Sourabh's previous win over Lakshya came three years ago and Lakshya got the better of him at last year's Denmark Open.

The Indian will have bigger fires to put out in the second round - where he could be up against either of world champion Loh Kean Yew or Anders Antonsen. The latter, whom Lakshya is yet to face at a Tour event, could be the trickier customer. The quarterfinals, if he crosses this barrier, are likely to be a Chinese affair - with either Lu Guang Zu or Zhao Jun Peng at the other end. While Lakshya had gotten past the latter in a three-game dogfight at last year's World Championships, he wouldn't want to take either easy.

After his World Championships silver in December, Kidambi Srikanth has turned up at only two tournaments. His stay at one - India Open in January - was rudely cut short after he tested positive for Covid. At last week's German Open, he bowed out in the quarterfinals.

The 29-year-old Indian is unlikely to be chuffed at a prospective repeat quarterfinal encounter against Axelsen this week. Between June and last week, Srikanth has already run into the Dane four times, losing on all occasions. Even before he can get to the quarters though, he has to clear the obstacle run against one of Anthony Gintiny or Kantaphon Wangcharoen.

Meanwhile HS Prannoy, known for his giant-slaying, will dive into the tough battles right-away. He goes up against last week's German Open champion Kunlavut Vitidsarn in his opener. The Indian will need to drum up something special to stop the Thai, last seen in unstoppable touch.

Top Indian doubles pair of Satwiksairaj Rankireddy and Chirag Shetty have the daunting task of reversing a skewed head-to-head record. They are likely to be up against their eternal nemeses, Indonesians Kevin Sanjaya Sukamuljo and Marcus Gideon in the quarterfinals. The Indians, who sat out last week's German Open to stay focused on Birmingham, are yet to crack a way against the world No 1 pair having lost all their previous ten encounters.

The promising duo of MR Arjun and Dhruv Kapila have their troubles showing up early. They will be running into three-time world champions Mohammad Ahsan and Hendra Setiawan in the first round.

First round matches begin from 2:30pm IST and will be shown on Voot Select and BWF TV.